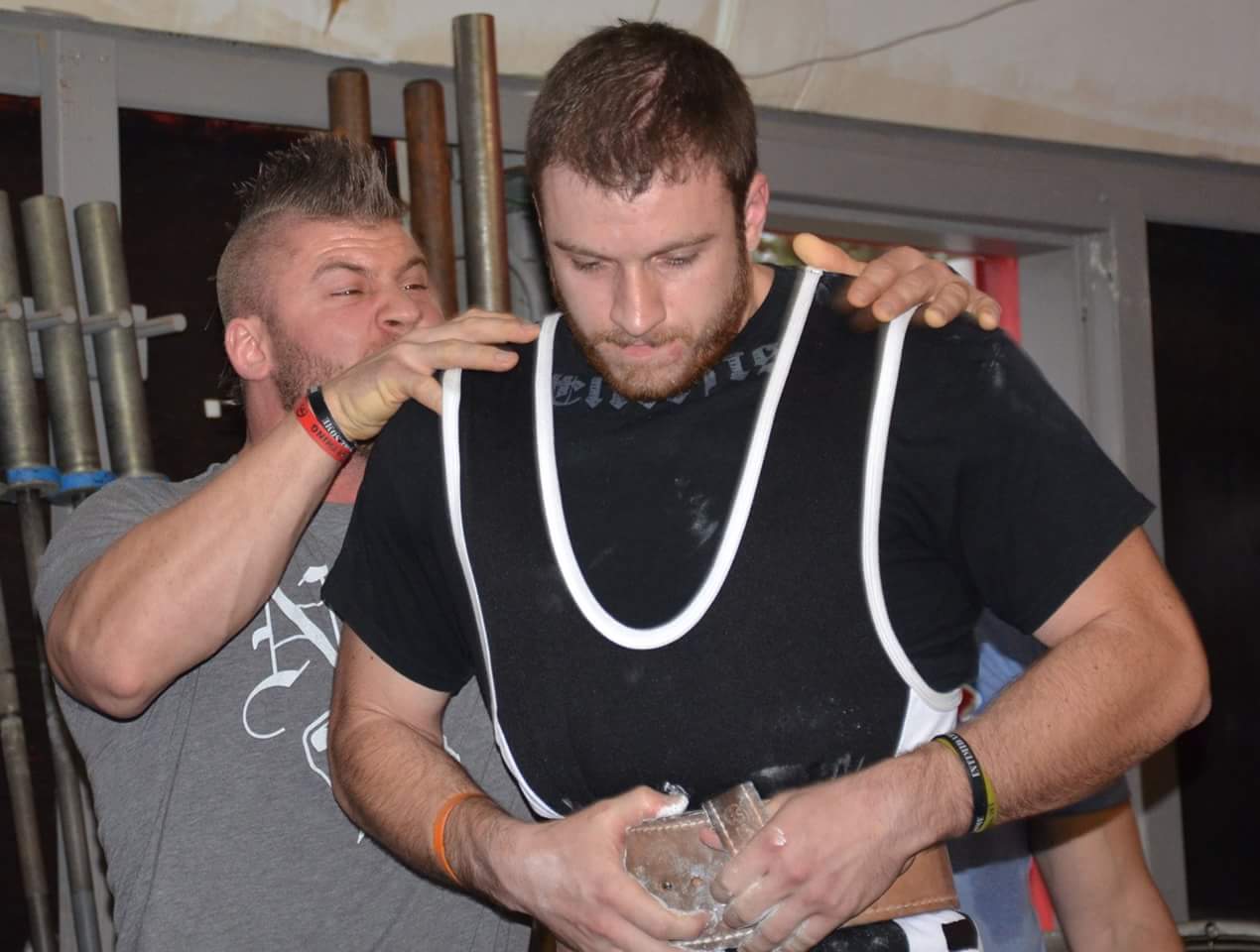 So here we are at about 3 and a half to four weeks out from our King of Spring powerlifting competition here at NBS. It’s that special time where everyone is slipping into something a little more comfortable, like singlets and the dreaded knee wraps. It’s this time of the training cycle that really captured me when I started here as an intern and made me want to join the powerlifting team here at NBS. The sweat, the emotions, the screaming, slapping, and all of the help that you get from your other teammates when you are getting ready to “smash” some heavy weights. There is a trend that I have been noticing among various people as the competition draws near us. I’ve talked with a couple of folks around the gym who I thought were competing, but have decided not to, or have even decided not to do full power because they feel that they are lacking in one of the big lifts. The only legitimate reason to not do a full meet is if you are facing a debilitating injury that is preventing you from performing one of the big three. The truth is that you are never going to be as strong as you want to! Your bench will never be big enough, your squat will never be big enough, I think you get the idea. I think that this decision is mostly due to a persons ego getting in their way, particularly guys. They tell themselves that they have a 400lb bench, a 550lb deadlift and a 315 lb squat, so they are only going to do a push pull meet. Okay, so you only squat 315, yea that sucks, but there’s nothing that a little technique adjustment with one of our trainers here couldn’t do to help that shoot up to 415, or 450. Before you know it you’ll be on your way to squatting 1000! Okay, maybe that’s just a bit ambitious, but all good things come with time. Basically what I’m trying to say is that if you think you have a lift that sucks, nobody really cares anyways. Most people are going to be concerned with themselves and the numbers they are putting up, not with what you are squatting. My advice is to just suck it up and go ahead and get the experience of doing a full meet under your belt. For all you know, you could spend 4 months out of a year trying to perfect your squat, and end up bombing out in your competition because you weren’t mentally prepared.  Do the full meet, get a total, and work hard the next training cycle to be better than you were before. Like they say, strength is a marathon not a sprint. It’s you against you. Unless there’s another guy or girl in your weight class who’s ass you want to kick…lol!

Also, I thought I’d start throwing in some cool tunes here and there of some stuff that I like to listen to inside and outside of training. Maybe if you like it, you can add it to your playlist and get your squat bigger!