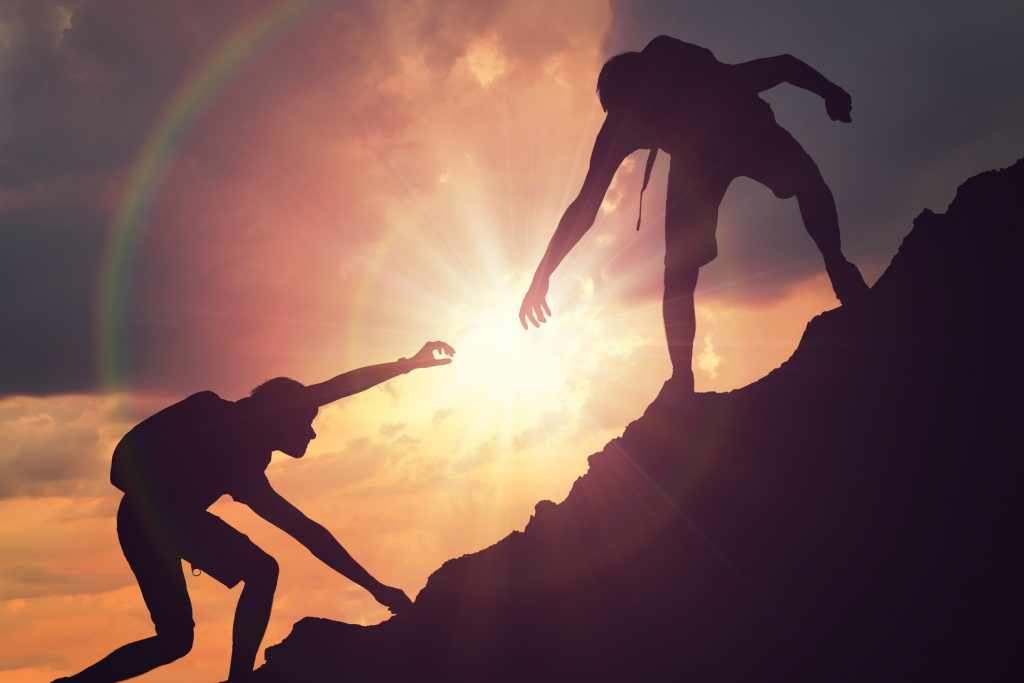 So, what are you willing to sacrifice to reach the goals that you have set for yourself in life? Do you not know? Have you never asked yourself this question before? If you’ve set goals for yourself, then surely you have. Maybe you haven’t, and if that’s the case, then I’d be willing to bet that you haven’t done too much in your life up to this point. The more jobs, projects, and goals that you take on, the more you are going to find that you will have to sacrifice to make those things become a reality.

Let’s say, for example, you want to get an elite total in your weight class in powerlifting, or perhaps you want to train to complete a half marathon, or maybe you are just trying to lose around 20 to 3o pounds. The first thing you have to realize is that you are going to have to make sacrifices in order to reach that goal. It’s up to you–and only you–to decide where you’re going to draw the line on what you are willing to sacrifice. Are you willing to give up going out on the weekends or even the weekdays with your friends to drink a bunch of booze and eat like an asshole? Are you willing to go to the gym before you go into work early in the morning, or after a long day work when all you really want to do is go home, crash on the bed and binge-watch Netflix? These are the types of questions you should be asking yourself if you are thinking of setting some type of physical goal.

Think about it like this. Maybe you have something already that you are really efficient at. It could be your job, maybe you own your own business, or you are an engineer of some type. It took you copious amounts of time and sacrifice to get to the place that you are now. You had to purposefully set aside time and probably miss events that you didn’t want to, however when it was all said and done, it was completely worth it. Looking back, you realize all of the necessary sacrifices to get there. 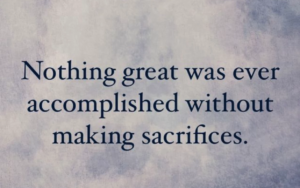 So, I’ll ask the question again. What are you willing to sacrifice to reach a previously unattainable goal? All too often I encounter people who are actively pursuing some type of goal like the examples I listed above, but they’re not willing to sacrifice anything to get there. Nobody likes being uncomfortable, not many people like to stay in when the rest of their friends are having a night out on the town, very few people like to train before or after work. The harsh reality is that these are sometimes the things that must happen if we want to actually be good at something. I can think of many times in my life when I had to miss out on things with my friends or family that I didn’t want to miss, but I had to because maybe I had an exam the next day, or a really heavy squat day or even a competition the next day. On the other hand, I’ve had times when I decided that I didn’t care, and I was going to go out anyways. Guess what? I ended up paying for not putting in the necessary work needed to reach my goal.

I think I’ve mentioned it before, but when setting a goal, try to use the S.M.A.R.T. acronym. Make sure your goal is Specific, not something that is vague. Ensure that your goal is measurable. Saying you want to look good naked is very subjective and your idea may be different from someone else’s. Keep the goal attainable. It’s good to have big goals in mind, but set smaller ones first that you know you can reach them so you can build momentum into reaching bigger ones. Make sure that the goal is reachable, or realistic. This basically ties into the last one. The last thing you want to do is set a goal and put it out there for everyone to know and end up failing not only yourself, but doing it in front of everyone you know. There is nothing wrong with failure, there is no true success without failure, but be sure you can reach the goal. Lastly, set a timely date to reach the goal. If you set an end date for the goal, you are much more likely to achieve it.

Once you have completed this, you can then begin to draw the line of what you are and aren’t willing to sacrifice to reach that goal. Remember, your line might differ from others, but their goals are different from yours. Don’t measure your progress by someone else’s example. Draw your line, make it clear, and don’t cross it until you’ve achieved your goal.