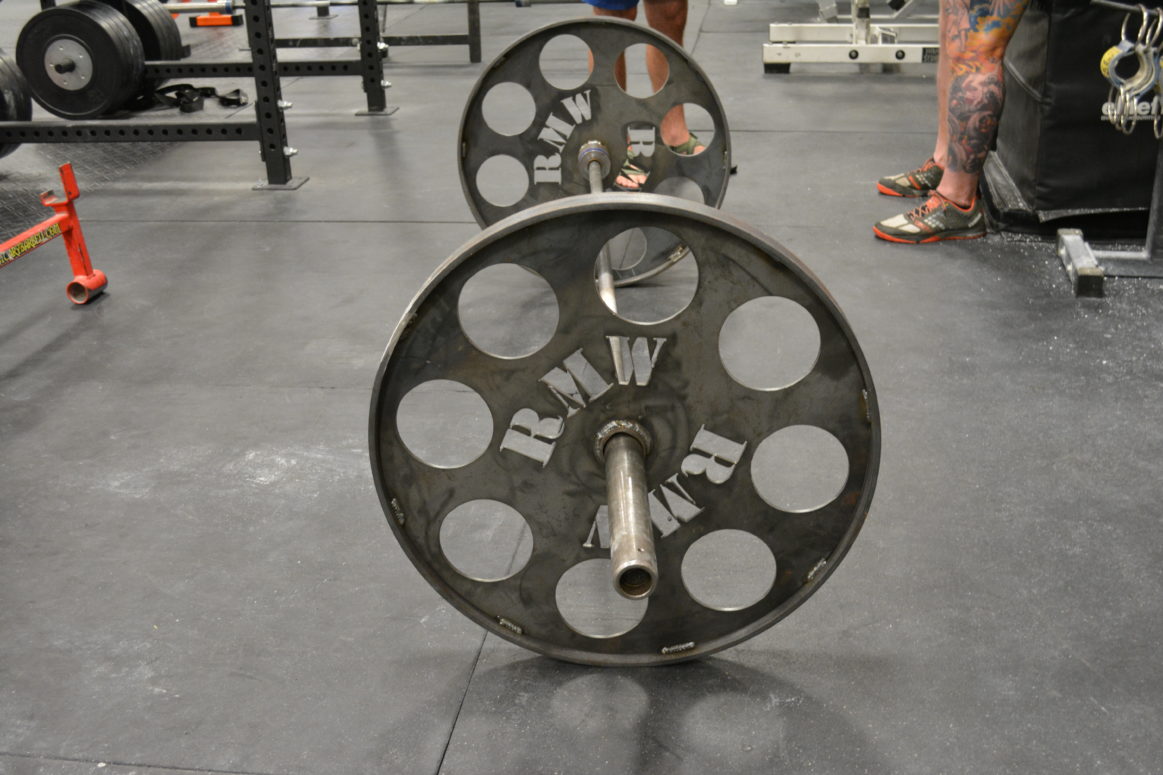 1. Settling into the 148 Class: For the past year or so, my secondary personal priority has been to slowly recomp into a favorable body composition without loss of strength.  I have been giving myself nearly a year to accomplish this because I wanted to really establish long term habits that resemble a lifestyle I can maintain alongside with my sanity.  This required a pretty decent overhaul of my trademark “pizza and powerlifting” modus operandi.  While swapping my Dominos leftovers for chicken and rice wasnt the always the easiest, the end result of this has been a bodyweight hovering in the low 150s as opposed to the mid 160s as well as more productive fueling for my training.  Some necessities for me during this has been

–Prepping meals ahead of time

2. Buffy Gordans deadlift: If you have heard me talk about strongman at all, you have probably heard about all my (failed) attempts to keep up with phenom Buffy Gordan.  Though I am no longer in her weight class (or am I???), I still very much look forward to seeing what she deadlifts during the Friday night deadlift event.  One of the most memorable moments of my own strongman career was during the 2015 USS National Championships.  For those in attendance, you will remember the MASSIVE number of zeros on the car deadlift, with most girls wiping their brow after even just one completed rep.  I was one of the goose-egg recipients, but as I was fruitlessly spinning my wheels against the car jack, I remember hearing Buffys car being tossing around like a toy.  I called it at the 20 second mark ( we had a full minute to get a rep) but stared, completely slack jawed as she took a car that most girls where struggling to budge and took it for 20 something reps.  If you want to see a show, come out on Friday and see what this woman throws around.

3.  The Return of Kim Baum:  Kim Baum was someone I remember seeing prior to making the transition to strongman and just being incredibly inspired.  A national champion, Kim then dipped her toe in the womens physique division and earned pro card, proving that she is truly a well rounded athlete.  As she was one of the first women I really followed in strongman, I am stoked to be able to see her do what she does.

4. Selfies with Katie Ebach:  Katie and I met at the 2016 Strongest Southern Belle and instantly became strongman BFFLs.  Upon a slight social media inspection, we both decided that I actually suck at taking selfies.  She has been coaching me to better selfies ever since!  I am excited to impress her as we take all the intra-contest selfies.

5.  Oh. Competing. Competing…I guess I am excited about competing.  I think the McCans did an awesome job with the layout of this contest, and all of the events are things Im looking forward to.