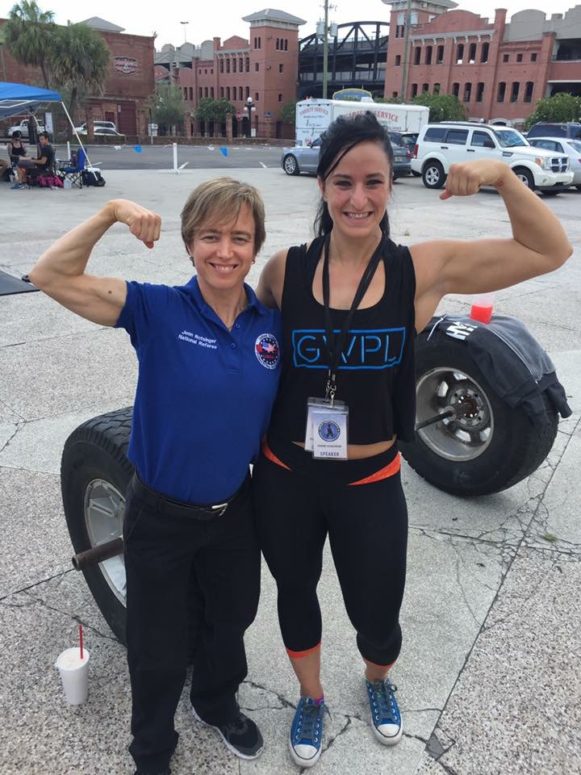 I had the honor of being able to participate at The inaugural Jenn Rotsinger Womens Empowerment Weekend in Tampa, Florida.  I could write a book here, but here are my biggest take-aways from the weekend:

-Jenn Rotsinger GOES HARD.  She hosted a weekend that consisted of a four hour clinic, two full powerlifting meets, a womens worlds qualifier Strongman event and competed herself, scoring a WORLD RECORD SQUAT of  341 ar 114lbs with sleeves only.  SHe also nearly locked out 415 and then had (Kanye voice) THE GREATEST PASS OUT OF ALL TIME

-Dani Overcash knows her shit. She and I got to team up on a seminar where we covered training, nutrition, community, movement, and mechanics.  It was a real honor sharing a stage with her.

-As mentioned by a friend on social media, there seems to be a turn around in movement standards, as this weekend showcased VERY FEW deadlifts that were not locked out either at the knee and/or hips.  Kinda cool to see that.

-Womens strongman is about to be HUGE.  This weekend, Donnie Kiernan hosted the USS Southern States. Despite the wild florida heat, over 20 women showed up and put on a damn show.  It was very fun being able to MC this event and it gave me goosebumps to see the rapid development of womens iron sports.

-Alex Viada will sometimes opt for Sake over beer.

-The negativity you see on social media surrounding iron sports is really, really not a factor in the real world.  If you find yourself becoming discouraged by the controversies, sign off facebook for the day and go volunteer at any meet.  You will feel love again, and all will be gravy.