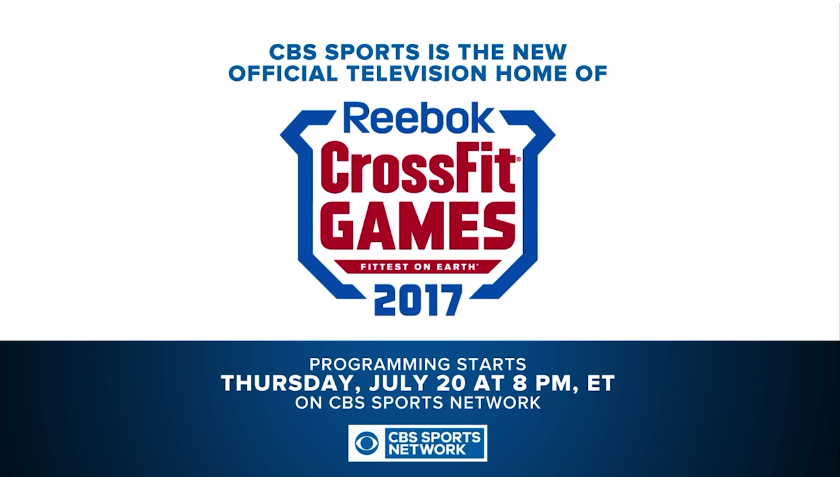 For the first time in CrossFit Games history, it will be televised on a national network. The Games will be broadcast through 2017 and 2018 on CBS, CBS Sports Network and CBS Sports Digital.

With nearly 400,000 athletes from more than 175 countries The CrossFit Games is the single largest participatory sporting event in the world. Being broadcast on such a national network, it is sure to bring out a few more curious souls from the shadows.

Additionally, starting Monday, October 16 (7:00 PM, ET) and running through the end of 2017, CBS Sports Network will televise multiple, one-hour specials highlighting the athletes and various individual competitions from the Games. The network will also air two hours of the CrossFit Invitational in early December.

What does this mean for us CrossFit boxes on the local level. Well, my hope is that broadcasting from such a national resource will open the door for viewers to understand and respect the sport more. While the Games athletes represent “the 1%” of CrossFitters, the average person can participate in CrossFit as not just as a sport but as a life long commitment to their health.

Most CrossFitters do not plan, nor do they expect, to perform as an athlete at the Games level. Most CrossFitters that I have personally coached or discussed goals with, just want to feel better, and enjoy their life more. This is the 98-99%. This population is CrossFit’s target market. The CrossFit Games is a platform for the few who rise up to be competitors.

The Games will feature 39 men, 40 women, 38 teams, 80 teenagers and 240 masters all competing to be named “Fittest on Earth.” These competitors are some of the most amazing athletes in the world. Tune in and watch some of these competitors perform on this nation wide platform!