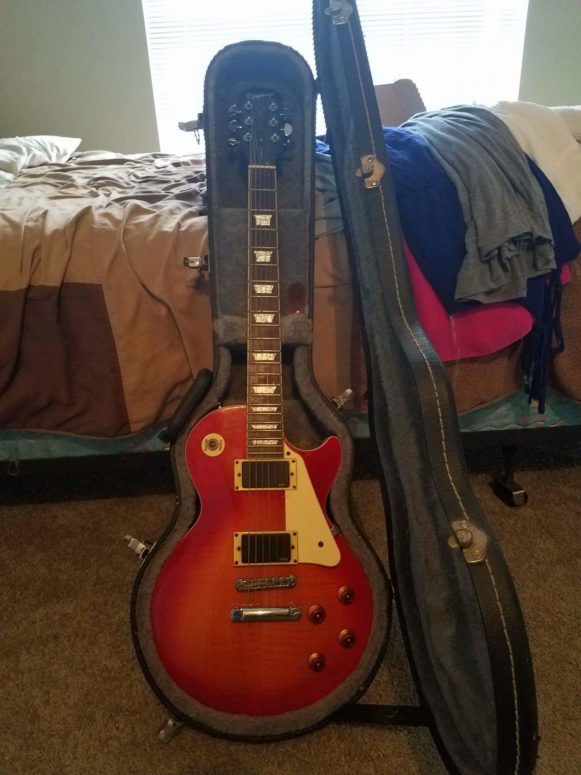 So yea, that’s basically what I’m trying to do here. Some of you may or may not know that I started playing the guitar around the time I was 14 years old, just like every other teenage boy who need a way to impress the ladies. Seriously, I started playing around that time and kept with it for about 7 to 8 years after that. Eventually, it stated to fade and I started to have less and less time for something that I really enjoyed doing. 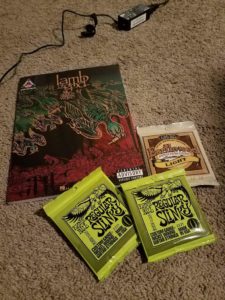 For me, playing guitar was kind of like going to the gym to train. It was a way for me to take my mind off of everything else that was going on in my life and push off some stress. I would go through periods of time when I would play almost everyday and get really good, then go through periods of time when I wasn’t able to play as often and my ability to play would suffer as a consequence. Since high school I’ve always had many friends that knew how to play other instruments. whether it be guitar, bass, or drums and occasionally I would try to do a little picking with them.

Music has always played a major role in my life and I always felt even more connected to it when I could actually play, or even play along with many of the bands that I enjoy listening to. There’s something to be said when you can actually play the music that you like. I feel as if you almost hear it differently than people who don’t play any type of instrument. Now, I doubt there’s really anything to that, but maybe some people who are reading this and do play know what I’m saying. 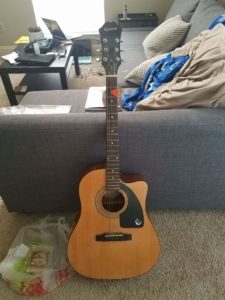 Anyways, I went to guitar center for the first time in probably years yesterday and purchased a couple of pairs of new guitar strings, acoustic and electric, as well as some new picks. Also, I got a book that transcribes all of Lamb of Gods Ashes of the Wake. I know, I’m setting my sights pretty high on my ability to play so well when it’s been so long since I have been serious about it, but hey, why not?

I would like to be able to set aside maybe and hour a couple of times a week to devote to playing and learning some new stuff. whether it be new songs, or re-learning the infinite amount of chords and scales that there are to play on. There are a lot of people out there who probably wish they could play an instrument, and I at least some capability to do it, so why should I let it go to waste? Who Knows, maybe 10 years from now you’ll hear me on the radio…lol! Not!

I will try to post again about this in the future, and may even include some videos of my progress if I feel they are worthy of your viewing.