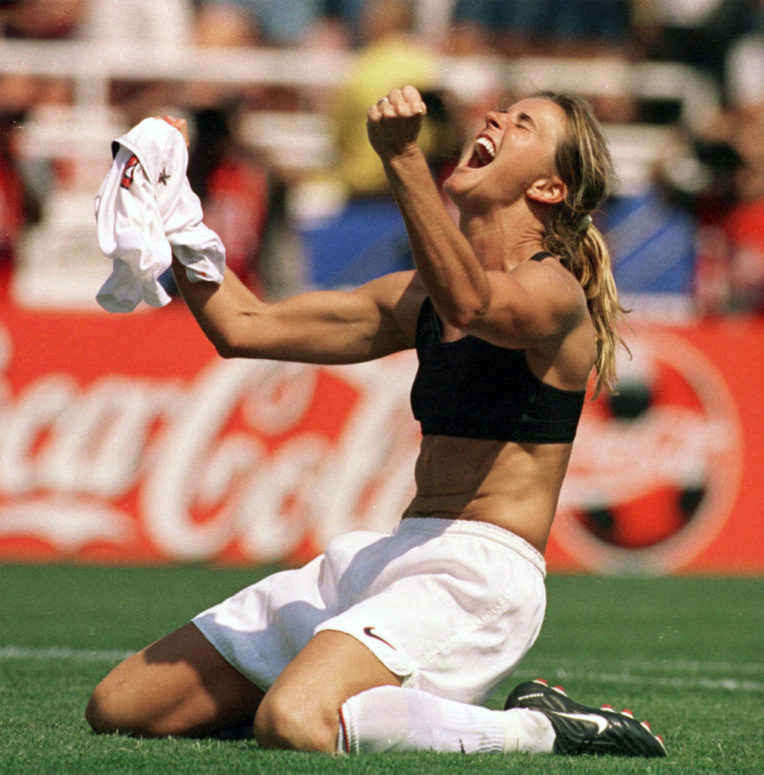 Body image wasn’t something I thought I would ever write about.  Not because I don’t have thoughts about it or have no experience with it, because I certainly do.  However, I think its SUCH a hot topic for people and there’s almost no way to address it without upsetting someone.  As my reach has expanded in the past few years, I have talked to men and women on all sides of the matter.  What does remain constant, is that for the most part, people have to rewire the way they are looking at their bodies when they are involved in the iron sport world.  We often represent an anomaly when put into general population.  This is where things can get hairy.  I’m not going to pretend that I haven’t been emotionally impacted by what people have said about me as I walked by.  It stings when a complete stranger mutters under their breath how much they loath what you look like.  I have had countless social media messages over the years from anonymous accounts ranging from “ew” to “I hope you die.”  Trust me, I have been and will likely always been an easy target for people wanting to be mean.  There is no rationalizing it, and there is no predicting it.  What I can do is explain how I’ve been able to mentally progress past these issues.

Focus on your “why”. “Cool, Annie.  You read some pop-psych book and picked up this tidbit.”  This may be true, but I believe that defining your “why” will keep you from absorbing every single opinion that gets thrown your way.  For those that are not familiar with this concept, its a fairly regular term used in entrepreneur-motivation-type literature that encourages you to make decisions that allow you to live out your passion.  This is especially important in the realm of iron sports and physique sports because it allows you fall back to your foundations when things get hard.  Not only will this breed a strong sense of purpose, but it will allow you to keep “big picture” in mind when it feels like the world is pissed off by your body.  (I have many “whys.” I may write about that in a future blog post)

Have a clear understanding of where you are currently, and where you want to go.  I had a colleague that called this “dual vision,” and I really like that term.  I think its important to recognize that you can value your body as it is, but also strive to improve.  I have seen a LOT of social media focus lately on body acceptance, and I think that is a beautiful thing.  However, overtime, this has become skewed with the notion that wanting more for yourself comes from a place of self-loathing.  Wanting to lose weight, get stronger, compete in iron sports, have abs is NOT a symptom of narcissism or some sort of personality disorder.  Its so much more simple: we all want to be the best version of ourselves.  To be totally, honest, I am not sure when this became a bad thing.

Choose your own standards.  Beauty is in the eye of the beholder, but with expanding social media engagement, its hard to remember that.  In 1999, I was 11 years old.  I remember watching the Women’s World Cup when Brandi Chastain scored a penalty kick that gave USA the win over China.  In what had to be the most insane professional moment, she ripped off her jersey and fell to her knees in celebration.  I remember amidst the excitement thinking that I wanted to be just like her, and at that moment taking notice to a body type I hadn’t seen before: athletic.  Since that moment, I have always admired delt caps, quad sweeps, dropped hamstring, and abs.   Maybe part of that was the excitement of that particular soccer game, and there is probably a large component of psych that I still don’t understand that made me appreciate Chastains build.  But it undeniably had me thinking about what the human body is capable of becoming.  More importantly, this was a fairly unjaded Annie deciding with minimal influence what I personally wanted to look like.  At that moment, I started thinking more into how incredibly cool the human body was in its ability to grow and adapt to stressors.  This would ultimately lead me to where I am today.  (note: my own ideas of beauty have changed significantly as I have encountered multiple admirable builds, and will probably continue to evolve as I do.)

Stop Criticizing Others:   Just as I had the above instance of influence, everyone you meet has had moments that shaped their world view and standards of beauty.  Your own experience on this planet is unlike anyone elses, and our lives will reflect those differences in preference.  Its actually a pretty beautiful part of life.  I have great friends that prefer a smaller, softer build year round and others that are professional bodybuilders.  They have had complex lives like anyone else and have formed bodies that they are proud to be in and are doing no harm to anyone.  Who the hell is anyone else to tell them that they need to change?  By insisting upon your own standards of beauty, you are perpetuating this detrimental social phenomenon of “body shaming.”  Further, introspectively, you are opening yourself up to criticism from others.  You have actually paved the way for it.  Not only are you hurting others, but you are potentially hurting yourself.  Don’t be a part of the problem.

Assess your plan and adherence:  The biggest fear I think I  have is not reaching my own potential.  I know its cliche to say that, but damn if its not true.  As of recently, moments of body image struggles have almost always been in the midst of poor dietary decision and half assing it in the gym.  I have been in the fitness industry for 10 years and know better than to not AT LEAST try to set a good example for those around me.  Beyond that, I try to give myself a little leeway.  If I am eating according to plan more than 85% of the time and training as scheduled, I know that the body I have is the result of healthy eating habits and hard work.  If that means im not ripped to the bone shredded, I can accept that.  What I cannot accept is falling into the pit of poor planning.  The negativity I feel when I’m eating like an asshole for weeks on end serves at motivation to do better.  Again, I do not think this is disordered thinking.

Own your body: This is my bullet-proof vest against a mean society.  Though it took a LONG time, I can tell you that the body I get to walk around in is pretty freaking cool.  I say that, and I believe that in my bones.  I have gotten to take a WILD ride in this skin.  I have hit elite totals, ran countless miles, podiumed at a national strongman event, and been shredded on stage in this body.  I have felt the highs of progress and the lows of a body fighting hard to maintain homeostasis.  Its hosted every learning experience from the moment of my birth to the very moment you read this.  To give a single crap what someone thinks it *looks* like is ridiculous.  As pointed out my a respected friend of mine, you cannot feel shame when you truly own the pride you feel in yourself.  I encourage you to look at what your body has carried you through and decide right now that allowing someone else to place value on it is bullshit.

This is probably a subject that I have had the most repressed feelings about.  It’s personal and it’s emotional.  However, the ability to coast past what the world wants to tell you about your body is one of the most freeing super-powers I have cultivated.  It has increased my quality of life, which has trickled into the relationships with others.  I welcome discussion about cultivating body confidence at anytime.