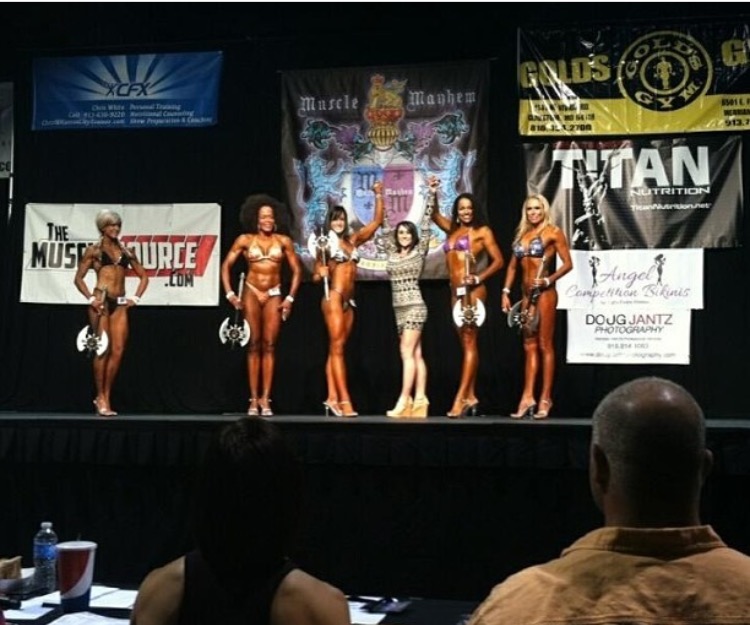 I have been involved in the fitness industry all of my adult life and quite a bit of my teen years, as I started as sweeping floors at a gym when I was 15.  As I near the 15 year mark I have seen the good, the bad, and the ugly.  As I grew into a participant of various iron sports, I started to appreciate the value of each of the major sports.  They all have their role towards personal development.  I have been especially excited to see the rise of sports such as powerlifting, strongman, and crossfit and the undeniably positive impact it has had on peoples relationship with their own bodies.  It seems every week, I am finding people that are a little less concerned with their reflection and more intrigued with their performance.  It really is a cool phenomenon.

Per typical social rules, I guess we cannot praise on sect of the iron world without demonizing others.  On one hand, I can fully recognize that some people enter the sport of bodybuilding and get in completely over there head.  I have seen countless stories of people who go from enjoying the gym and wanting to kick it up a notch to being hungry, feeling resentful towards the time in the gym, and not being able to transition to a more maintainable lifestyle post show.  I acknowledge that such things do happen.  With that, there has been an increasingly negative perception pushed of the sport itself.  Last week, I saw an article that outlined the most “ineffective, insulting, and dangerous” fitness trends as described by various fitness professionals.  Sure enough, competing in physique sports was on this list.  It was painted as this big, hypersexual waste of time that required objectifying participants with unrealistic body expectations.  The contributor suggested what everyone who thinks they are on the cutting edge of sport psychology suggests: focus on performance goals and seeing what your body can DO.

*SIGH*  Um. This is pretty damn far from what physique sports are at their core.  Are there body types that don’t do well, regardless of effort, in this sport? Absolutely.  Is that a reason to damn the entire sport?  No.  I didn’t criticize the entire equestrian scene when I shot up to my current height of 5’7 at the age of 14.  I don’t see Kevin Hart insisting that the NBA be more inclusive of his 5’4 stature.  Hell, im not asking powerlifting to sub-categorize classes so I am not competing against 5’2 females at my same weight.  So WHY is bodybuilding suddenly the school yard bully because not everyone has the genetics to go pro?

I have seen others disregard bodybuilding as a bunch of oiled up egomaniacs in tiny suits posing on stage.  When you paint it like that, it does seem a little silly. AS DO ALL SPORTS.  How fucking weird is the Olympic sport of curling when you dumb it down to what it *looks* like?  Powerlifting could be degraded to a bunch of dudes in wrestling singlets doing the same three lifts over and over, day in and day out.  Telling people that their hobbies are stupid is INCREDIBLY EASY.  Literally, it takes no creative talent.  Im not entirely sure what the end goal of that action it, but lets give that a rest.

And…sexualized?  HAVE YOU BEEN BACKSTAGE AT A BODYBUILDING SHOW?  I will spare you the details, but its pretty far from sexy.  Its gassy. Its smelly.  Its tense.  The smell of boiled chicken and pro tan lingers on everyone and there’s crumbs of rice cakes everywhere.  I understand that stage time and photo shoots can make it appear to be a sexy lifestyle, but even scratching the surface will show you otherwise.  I’m not sure how sexy you find 5am cardio with no makeup and hair so drenched in sweat that my pony tail it slicked down like a helmet on my head.  I literally look like Kid Rock most days.

Maybe we don’t point out enough the value that this hobby brings to our life.  I certainly don’t think my greatest success is as a physique sport competitor, but it has enriched my life in a lot of ways.  It has taught me about nutrition, training, socializing, and most importantly, it has taught me a lot about myself.  I have been able to push myself to perform in circumstances most people would have quit in.  The carryover from that alone has been enormous.  I have been able to gain a significant understanding of my body that I did not develop when I was powerlifting.  I have returned to the platform after shows a better technical lifter because my mind muscle connection is better.  I am easier to coach now, as cues make more sense.

On purely an intake stance, I have learned a lot about the fine details of nutrition.  This has been the most fascinating component of the entire process for me.  I get to live in an adapting organism that undergoes extreme stress and can only be remedied by my own intake and self preservation.  Every struggle I feel, every draggy morning, and every strange bit of resistance my body throws me, I get to push back at.  Ultimately, I win that fight and get to push my body to do things it doesn’t want to do. The stimulus-adaptation response is not dissimilar to the excitement people feel after grinding out a PR in strength sports.  This process alone is why I think the “you should see what your body can do, not what it looks like” is a total bullshit attack.

I have met others that have had a more profound impact on their life through these sports.  I have seen people overcome eating disorders, break out of bad life situations, and find their inner strength through these endeavors.  I have seen the bad, sure. But I have also seen the great.  This mix of good and bad extends to every iron sport I have experienced, and I think its time we stop hating the game.