Over the past year or so, I have taken a step back from my previous perch as the super set-in-her-ways diva and have done a bit of introspection.  This quest to understand myself a bit more led me to a really great set of writing prompts by Jordan Peterson ( clinical PhD psychologist ) in his “Self Authoring” suite.  The idea behind his work here is that writing about uncertain events allows you to gain clarity and control over your reactions to the situations at hand.  From there, you can “author” your own life.

Part of this requires examining faults. This was hard for me.

Not because I am a perfect person, but instead because  I was much more content ignoring my own faults. Certainly, its easy to glaze over things that are uncomfortable to change. However, eventually, it becomes the white elephant in the room.   You have to take a look at your faults and consider the impact it may be having on those around you.  Perhaps the hardest thing to come to terms with in this practice isn’t how much I have handicapped myself by not taking steps towards self improvement, but rather how much I hurt people in my past with these faults.

One of those glaring faults was the constant pursuit of more. More anything, really.  I suppose it started with wanting more fitness. Then I suppose I wanted to make more of my career with fitness. Once I got both of those things, I wanted more success in my endeavors.  Then I started wanting more for my friends in family, despite them seeming content.  While I don’t think its bad to strive along for your potential, eventually this can become exhausting.  It can also lead to a sense of discontent. I shamefully admit that there have been times that I have sat in my air conditioned house that’s truthfully a bit large for me with my purebred dog, a kitchen full of food, a job I love going to each day, a handful of GREAT friends, and a healthy personal life an wondered what else was out there for me. Newer cars? a BIGGER house?  MORE FRIENDS? 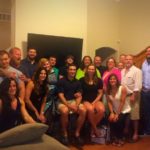 And that’s where this is a problem.  I don’t appreciate that I have almost everything I need. I instead focus on superficial wants.

Fast forward to two weeks ago. I was leaving a great professional development weekend on Los Angelas and boarded my plane home. Due to a string of traveling snafus, my phone was low on batteries and I had a four hour flight back to Memphis. Then, every introverts travel nightmare happened: noticing I was no longer nose deep in my phone, the woman next to me turned to introduced herself. Though I was certain I was in for 4 hours of surface discussion with a complete stranger, I politely turned and introduced myself to her.  This was an hour into my flight, and the first I noticed that she was missing an eye and had some fairly extensive scarring on her face.   She wasted no time making a small joke about her eye, which lightened the mood entirely.  She then let me know she had also come to down for a speaking gig, which centered around gratitude.

This was actually pretty timely, as mentioned earlier, I sometimes have a hard time with gratitude. I prompted her to expand and she told me about a horrific car wreck that she had been involved with that resulted in her face becoming disfigured and led to years and years of expensive reconstructive surgeries to try to correct the damage. In the end, she was isolated, broke, and still far from her original look.  It was then that a friend encouraged her to start living a life of gratitude. For some reason, it stuck.  It was a hard transition, but each day she woke up and focused on what was going right in her life.  Turns out, theres a lot more to life than regaining a flawless face. 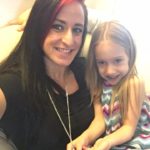 These were her tips:

1.) Do not compete with others:  your life is entirely your life. If you compare your storyline to others, you are sure to lose a bit of the authentic journey.

2.) Focus on what you have vs. what you want.   Many, many people don’t even have what they NEED, so criticizing the blessings you have in your life is fairly short sighted.

3.) Do something nice for someone every day for no reason:  the fulfillment this woman said she got out of making complete strangers life a little easier was much more satisfying than the quest for physical perfection.   She also strives to help people that truly don’t have what they need. Soup kitchens, community development, and church involvement where her favorite ways to give back.

4.)  Savor happy moments. Not just your own, but others.  Celebrate events in your life and others.  Cherish intimate moments with people you care about. Discard the instances of friction with others.

5.) Avoid harboring negativity. Allow people to be imperfect. Allow negative influences to leave your life. Do not wish them harm, but simply let them go. Be careful about the words you use when describing others, regardless of their knowledge of the words spoken.

I know that this isn’t my normal bit of fitness advice, but it was a collections of recent experiences that have made me reconsider how I behave. Life is what you make it, and its about time I stop making it about what I don’t have. 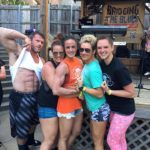 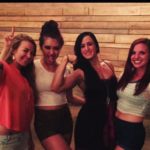