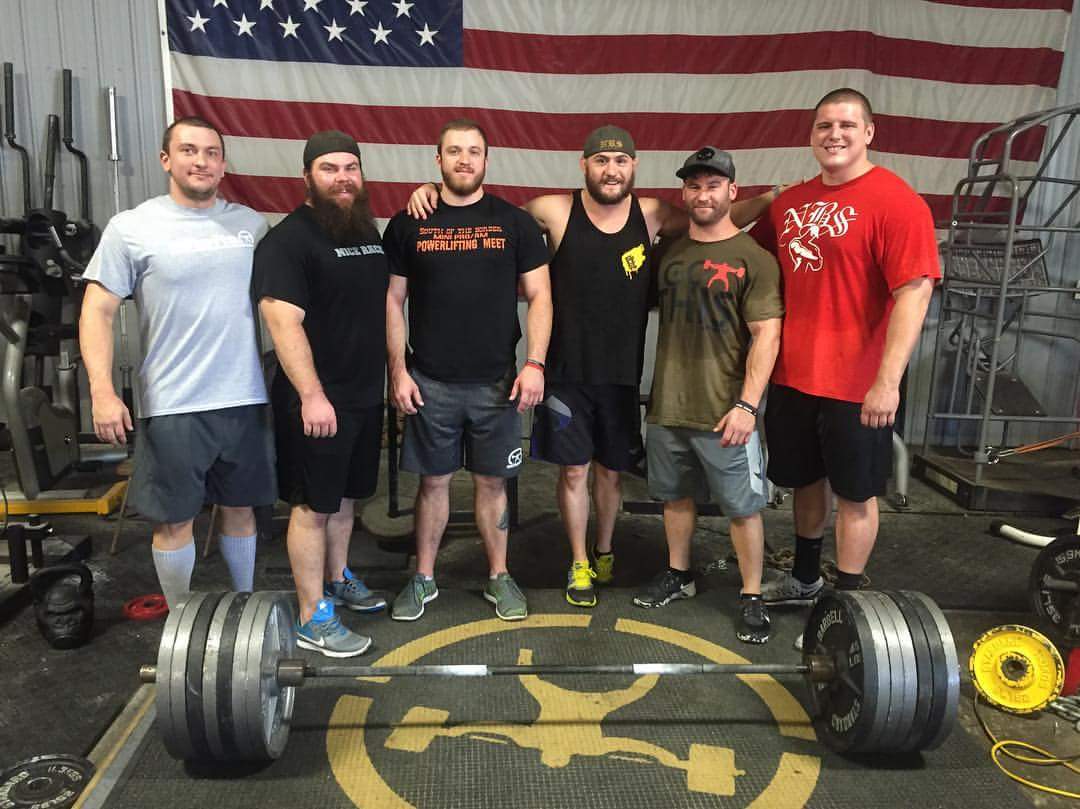 Alright, I’m going to try to keep this as short as possible since this is just supposed to be a blog, so here goes.I had my first visit to Columbus, Ohio this past weekend with the majority of my training partners to visit the Elitefts S4 training compound. This is one of the meccas of powerlifting training in Ohio, other then the famous Westside Barbell.

When we first got there, we actually went into the office building where all of the staff and administrative work for Elitefts goes on. We were greeted at the door by a small dog, and immediately to the right was an office with a rather large human being sitting at a computer. I thought to myself “Damn, that dude is jacked!” Then, he got up and greeted us. “Oh Shit!” I thought to myself. That’s Dave Tate! For those of you that may not know, he is the owner and founder of Elitefts. We all shook hands with him, and I thanked him for having us at his place. 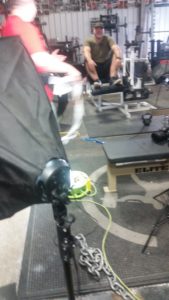 From there, we were able to go into the warehouse and check out some of their merchandise goods and training gear. My fellow friend, work associate, and training partner, who is also part of team Elitefts, was gracious enough to use some of his free points that he had built up for us to get some free stuff. On top of all that, the friendly staff there gave each of us two to three free shirts, and some free beanies for the winter. I couldn’t believe it. We had only been there maybe an hour, and we had basically been treated as if we were all a part of team Elitefts. 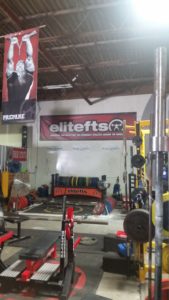 After we finished up in the warehouse, we got our training gear and went into the actual gym where we started to warm up for our training session, while Christian did his bio and interview. When I first entered the gym, I was in a bit of shock. It was so surreal to be in this building with all of this equipment that I see on their website all of the time. It was dim, hot, and a little dusty, but there were tons of racks and monolifts to squat in, and plenty of benches, as well as a plethora of accessory training machines. We have a competition approaching in three weeks, and last week was the first week of our peaking phase. We were set to take what was perceived as our 95% 1 rep max on squat and deadlift on that day. The best part about this particular training session, well, it was in the compound and we were going to be coached by Dave Tate himself! 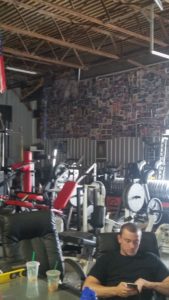 Once we got warmed up everyone started their rotations on the monolift working up in weight. All the while, Dave Tate sat in front of us watching closely. Finally, after a couple of rounds, Dave spoke and said, “Do any of you realize what you’re doing wrong?” We all just kind of looked at each other blank. “None of you are cueing each other, and none of you are breathing right!” From there, Dave made some minor adjustments to all of us, and about four of us actually hit some squat pr’s. Needless to say, I was as giddy as a schoolgirl getting an A on her first test. Then, it was on to deadlifts.

Again, Dave watched us closely and made some adjustments to a few of us. I ended up hitting a 15lb pr on that, too! When we were all done we talked to Dave for a couple of minutes, thanked him for his time, and then he left. I had always heard that Dave Tate was a guy that was passionate about the line of work that he is in, but the fact that he took time out of his busy day to help each of us on our lifts was really just the icing on the cake. Whether he knows it, or not, he left a pretty good impression in my mind. 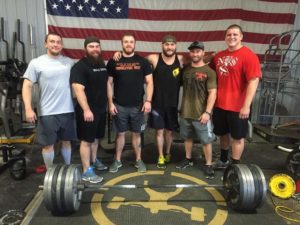 The next morning came, and we arrived at the compound to take our 95% bench press. We didn’t have the guidance of Dave on this training session, but there were many other Elitefts members and a pretty good atmosphere going on at the time. I ended up hitting my previous 1 rep max for what I thought was a sloppy single, and one of our other training partners Garret, hit a smooth 475! I wouldn’t be surprised if he hit a 500+ bench in three weeks. We hit a couple of accessories, and then it was time to head out. We said our goodbyes, took one more picture, and headed out for some post-training grub at a place down the road with two other Elitefts members. That was my first experience at the Elitefts S4 compound.

I cannot say enough good things about this company. If you are not familiar with them and their website, along with all of the services they and their coaches offer, then do yourself a favor and look them up now. They are literally comprised of the best coaches, and athletes around the world. If you want to become strong(er), they can help you do it. I use them as a source of education on an almost daily basis, and I can only hope to one day be half as good as some of the coaches working with them. I guess I ended up making this a bit longer then I originally intended, but when you have so much good to say about an organization, it becomes difficult to keep it brief. I am already counting down until I can go there again.