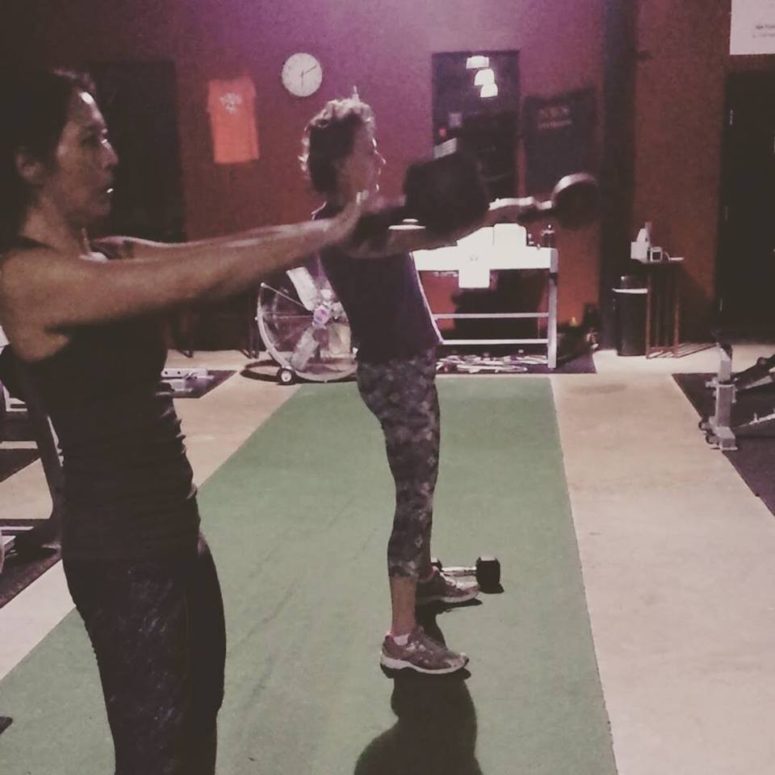 I recently started coaching the morning conditioning group every week and boy do they get after it. I’ve played around with different workouts with them and experimented on what works for them and what doesn’t. There is a fine line between pushing it hard and causing good change and pushing it so much that it interferes with your lifting. In this article I’m going to give some insight into what I’ve used with my group and what started to happen with each. My group lifts on Monday, Wednesday, Friday and does conditioning on Tuesday and Thursday so keep in mind they have no days off between sessions.

For the first month or two we tried this approach.. kept it simple so they knew what to expect the following session. This approach might be okay for your average Joe or for someone who does a simple 20-30 minute workout but it turned out to not be the best approach for them. My group has an hour to get in and get after it so as you might imagine, that is a lot of time to get a lot of work done.

Here are some of the workouts we would do:

Like I mentioned before, I realized that they needed a change. They would come in on Thursday a little slower than Tuesday and started to burn out on Fridays. For someone who doesn’t lift as heavy or follows their conditioning day with accessories or an off day, maybe, but not if they need to be fresh to hit some numbers.

Different workout on Tuesday(harder) and Thursday(lighter) and repeat the next week, changing after two weeks

After realizing they couldn’t handle the intensity of the same workouts on Tuesday and Thursday, we switched it up to something heavier on Tuesdays and a little lighter on Thursdays. We would usually repeat the same two workouts the following week. Here are some examples:

This was better but they were squatting, benching and deadlifting in each session so the intensity of this might have even been a little higher than it needed to be to compliment what they were doing on weight days. When it was time for a new cycle in their programming, I decided to take it even further and try my next approach. For the most part I would pull from some of the examples above and mix and match but here are two examples of what they did the first week (more intense) and the last week (less intense).

This, as you might have guessed, was the best approach so far. It could have been the combination of the program change and the conditioning routine but the group was able to perform as needed on training days and push it in conditioning. Since their goals are to be strong and “in shape”, conditioning is an important part of that. We had to find a balance so they can perform in both areas without one suffering.

There are so many things you can do for conditioning and cardio but it’s important to keep all aspects in mind especially if you’re serious about lifting. Experiment a little and learn when to back off but also don’t use that as an excuse to not to get after it! Find ways to incorporate conditioning that you enjoy and that works for you. If it starts to interfere with your recovery and performance then you know something needs to change.