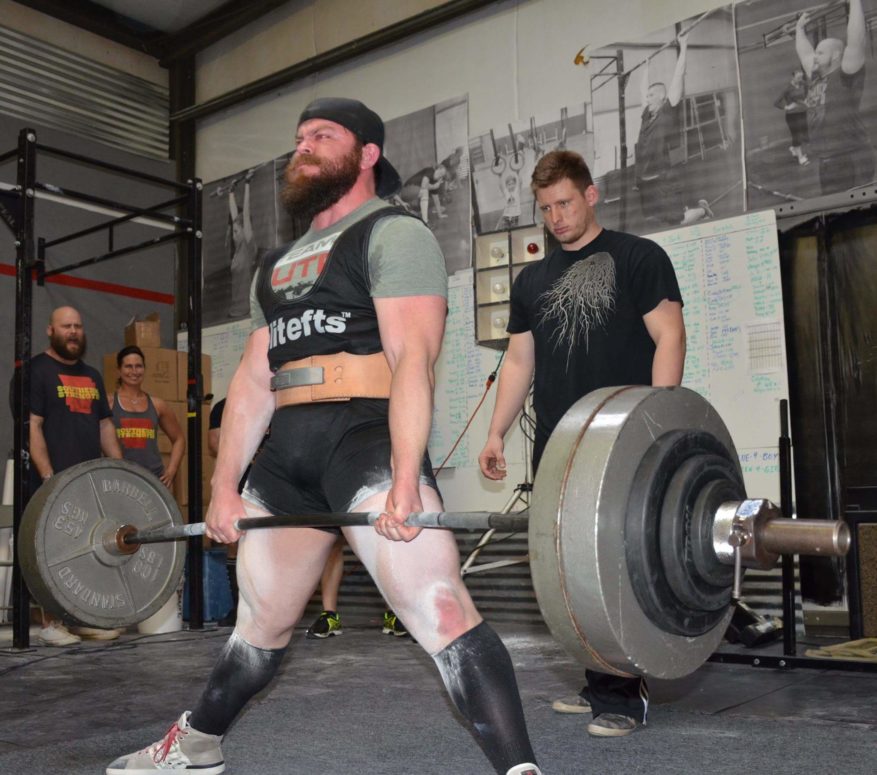 This will be a recurring blog that celebrates the many successes of the members at NBS Fitness.  We have the strongest community of any gym in the city and we also happen to have the strongest athletes in Memphis.  If you have trouble breaking through your barriers you need to leave your current program or gym and come join us at the strongest gym in Memphis. 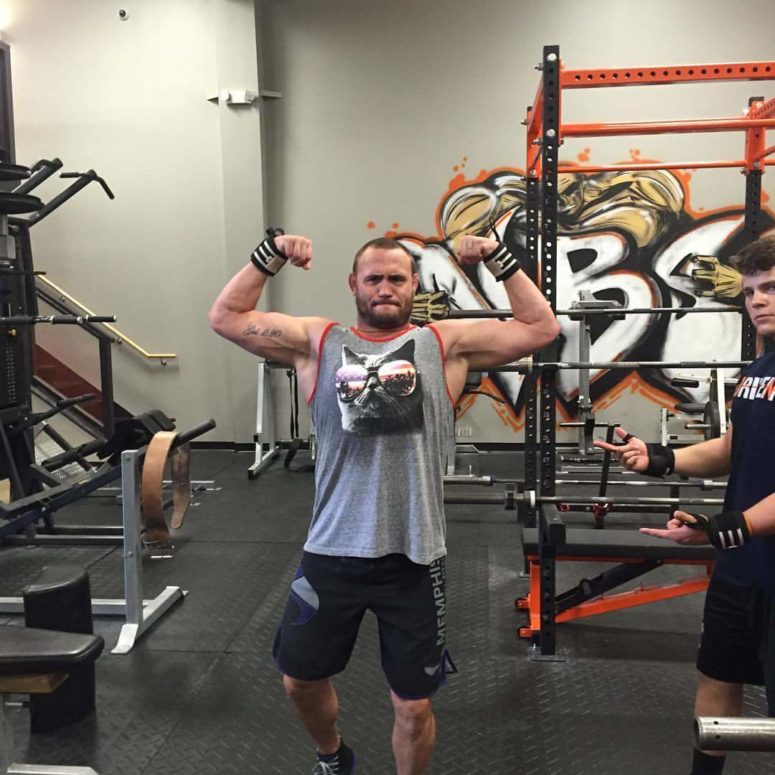 This months success story comes from one of my training partners Steven Combs.  He’s a father, a Jujitsu Jedi Master, and an awesome friend that has been powerlifting for about a year now.  In April of this year he took part in his very first meet.  In that meet he hit all three attempts on his squats and ended with a 475 pound PR squat in wraps.  His success story comes from our training session a few weeks ago where Combs squat 470 pounds for a set of 3 to a low box with a spider bar.  Those of you that don’t know, the spider bar is an evil invention that displaces the weight forward so that you have to fight falling forward while trying to squat.  As someone that has been watching Steven grow over the last year I can’t begin to express how awesome it was to see him nail the attempt and to see how far he has come in such a short time.  In the words of Dragon, “We’re not done yet!”  So crack open some rice crispy treats, but only post workout, and celebrate your success and congratulate Steven for his growth and his new PR!