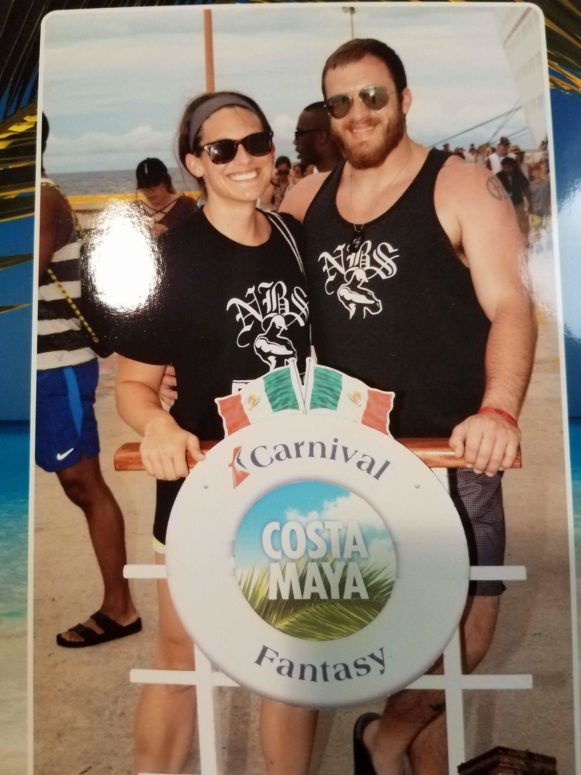 So, I just recently returned from my first vacation in almost a year! My better half and I took a trip on a 5 day cruise to the West Caribbean to Costa Maya and Cozumel. As always, this vacation offered some much needed time off from the real world. I haven’t been on a cruise since 2003, so it’s been quite some time for me, and it was my girlfriends first time experiencing it. The ship was massive and had endless entertainment for all passengers for the duration of the trip. One of our favorite places was the serenity deck at the very back of the ship, which was set aside for adults 21 and over. These cruises are certainly family friendly, so that goes without saying that there were plenty of children on this ship so it was nice to have our own little escape. 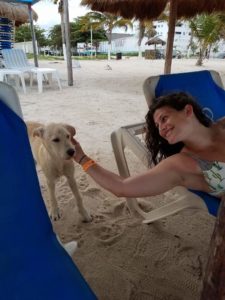 We met a few couples and families during our time and shared a couple of stories back and fourth to each other. I can recall on the 3rd day that we were on the ship. We were approaching Costa Maya, which was our first destination and we were on one of the top decks looking out into the horizon. There was a middle aged man that was standing next to the rail, and decided to strike up a conversation. He and I were talking about how we could see some land in the distance. As we got closer, it became more and more visible. He looked at me and said, “you know”, these waves dont’ really look like it, but if you were down in the water they’d probably be about 6 or 7 feet high.” I nodded my head and agreed with him. ” you know?” he said. “Its probably about a hundred foot drop off the ship into the water from here.” Again I nodded to agree with”Um, I think we may still be in the Gulf of Mexico, or actually the Caribbean Sea.” My girlfriend nodded and said, “no, I think this is the Mediterranean.” I looked at her and him, and just agreed. Soon after he walked away, and I looked at her and said, “you do realize this isn’t the Mediterranean?” She said she did, but she just wanted him to feel like he was right and for us to avoid an argument with this guy as to where we were geographically. You just never know what type of people you are going to encounter on these trips. 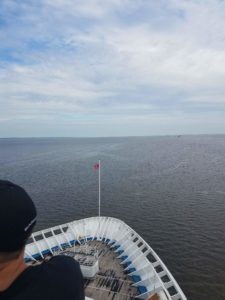 We had a little bit of rainy weather here and there, but all in all it was a much needed and relaxing vacation, and I can’t wait for our next one! It’s taken me just a little bit to get used to not being out on the sea, and I still slightly feel as if I’m on a swaying ship, but it’s gotten better everyday. I am already looking forward to my next trip, and another guy not knowing where in the hell he actually is.