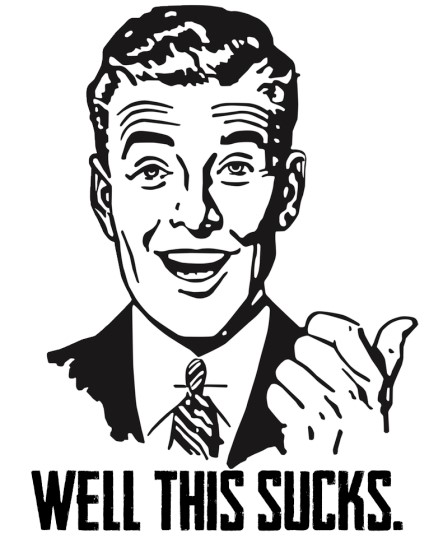 Modern day society has taken out most of the hardship of previous human existence and replaced it with comfort and ease. While I definitely appreciate having a nice warm bed, air conditioning during the summer, and not having to grow, pick, or hunt everything I want to eat, I can tell that living like this has made me soft; it’s made us all soft. Somewhere within our DNA we have the genes of those people who gutted out brutal winters, conquered the wilderness, and crossed oceans in sailed ships. Struggle was their daily existence and they figured it out, they learned how to survive and thrive. We are the result of the hardest among those surviving over thousands of years and yet we seem to have managed to take a steep decline in mental toughness over the last century or so.

The fitness arena is a prime example of this decline. Most gyms have a 10% usage rate, 90% of people who begin a health/fitness change eventually quit within the first 6 months, obesity is on the constant rise. This is in the face of overwhelming evidence that sitting on your ass and eating like shit will pretty much inevitably result in your heart exploding, getting your foot cut off from diabetes, or you having t0 drive around walmart in a scooter to replenish your 2 liter cola stock. A thousand years ago: if you don’t build a fire right now you are going to freeze to death and die. GOT IT!!!! Today: if you just utilize the unlimited knowledge and resources of the internet, join a community of people who will help you and encourage you along the way, take small steps like drink diet cola or go for a 20 minute walk a day you can reduce your risk of a horrible life existence and eventually death. I CAN’T DO IT, IT’S TOO HARD.

Beyond the physical downsides of being mentally squishy, we also have the mental and emotional effects. There are middle aged soccer moms that require Xanax to get through everyday life of driving kids around in $70K SUVs while women in Africa wake up everyday hoping they don’t get raped, mutilated, and killed by boko haram. Maybe that’s an extreme example but hopefully my point was made. We constantly seek two things: stress and stress relief. In a previous millennia that stress may come from hunting a wild animal and the relief come from the whole community celebrating in a giant ritualistic feast. Now a days that stress comes from traffic, social media, and the pursuit of comfort in place of happiness and the stress relief comes from food, alcohol, drugs, and amazon. But I have a better remedy to recommend.

Humans beings are made to struggle in groups. Think about it, in the wild most humans wouldn’t last very long by themselves. We don’t have fur to keep us warm, we’re not fast, we don’t have good sight, hearing or smell, and we’re not very strong. We gain our advantage from our intellect in groups. Through those we can build things, communicate, and live like no other creature on earth. What we have done is not only removed the struggle but we’ve also removed the group. Social interaction isn’t shared in the deep seeded emotions of survival anymore. Instead it sits in the shallow water of social media posturing and the occasional birthday get to together. Unfortunately someone liking your IG picture doesn’t have quite the same effect as a someone saving your life from a charging rhino. But there aren’t any charging rhinos to be saved from anymore (at least not in my neighborhood), so what can we do?

Simple. First, you must seek a physical challenge. It needs to be tough, it needs to be difficult, it needs to make you push yourself to limits you didn’t know you previously had and it needs to make you forget about everything else that is going on in life and put all your focus into the simple act of inhaling enough oxygen to keep from passing out. Second, you need to find a group of other crazy (or actually sane?) individuals who are also willing to put themselves through that same scenario. Then together you need to find a way to get it done. Through that you’ll learn something about yourself. You’ll learn that you can get through some tough shit, that you can physically go a little farther than you previously thought, that misery loves company and there are some bonds that can only be forged in fire, and that all those worries you had before disappeared so easily once you got a little bit into the suck. So now that you know what you need to do, go fourth and seek the suck, find victory in the pain, and become a little less likely to become zombie bait.