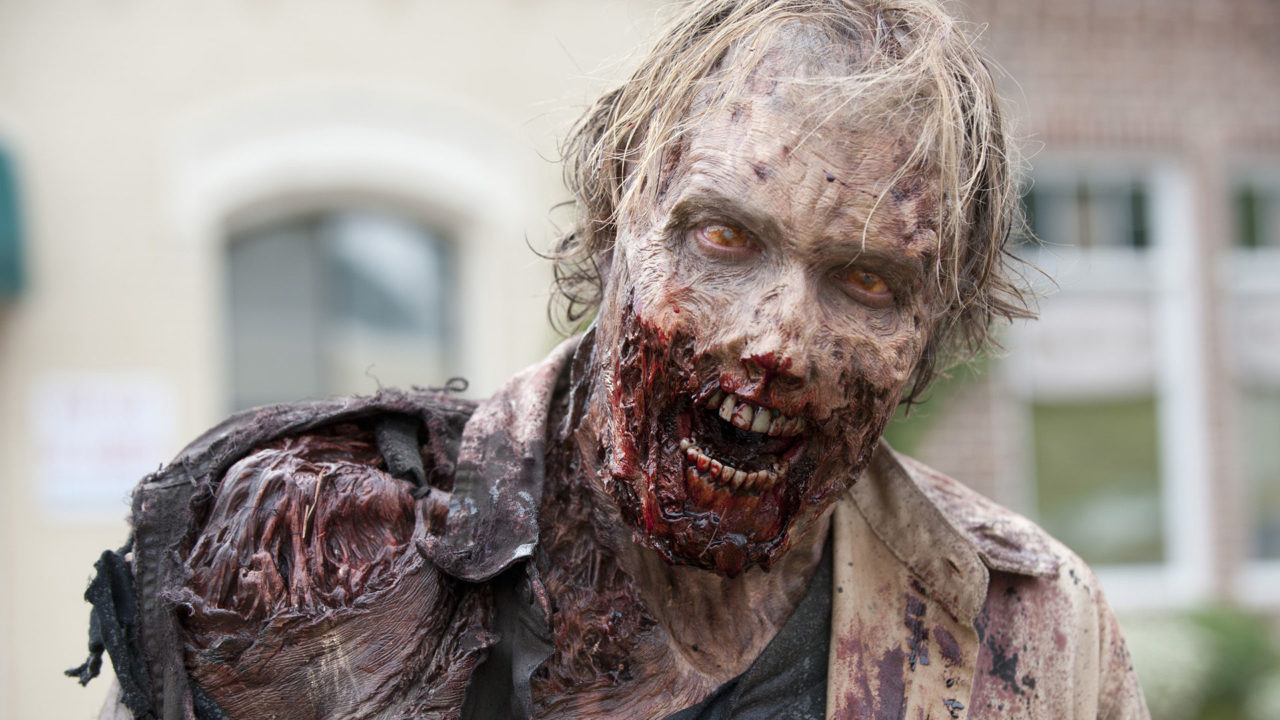 The plot of zombie movies is pretty basic: human kind slowly gets taken over by lifeless creatures that turn each person they bite into another zombie and the small percentage of surviving humans are struggling to survive. It’s a scary concept but clearly fiction; definitely not something we have to worry about….right? Well, I’m here to tell you that the zombie apocalypse is upon us. Not in the undead trying to eat our brains kind of way but in the human race slowly turning into an unstoppable mass that will one day take us all out.

Obesity has recently been named a threat to national security. One third of Americans cannot qualify for the armed forces based on their weight (that’s not including the ones who can’t qualify because of their lack of fitness). On top of this, the military has seen a 61% rise in obesity since 2002 and spends $1.5 billion a year in treatment for obesity related health conditions. And with medicare and medicaid being the largest item on the national budget at just over a trillion dollars (almost twice that of defense spending), generals are starting to worry that the cost of obesity, about $147 billion a year, could start cutting into their budgets.

Diabetic comas for all!

If the obesity numbers weren’t scary enough, the diabetes statistics are sure to fill the gap. One in ten adults have diabetes with 1 in 3 having pre-diabetes, of which 90% don’t know they have it. The costs of diabetes in the United States is about $100 billion more than the costs of obesity alone. The number of Americans with diabetes is expected to triple by 2050 according to the CDC.

If all of these statistics are making you feel depressed, don’t worry, there’s a drug for that! One in six Americans take some type of psychiatric drug, primarily anti depressants and anti anxiety meds. And for those needing more of a relief from physical pain, one in three Americans use some type of prescription opioid with about 2 million Americans reporting a full on addiction to these types of drugs.

The future looks a little bleak

The worst part of all is that all of these numbers are on the rise. Obesity, diabetes, and prescriptions for opioids and psychiatric drugs are all expected to increase dramatically over the next couple of decades. Despite the fact that we have more information and resources than ever before to live healthy lives, why are more and more Americans becoming less and less healthy? Why are Americans on more anti depressants than anywhere else in the world despite having a standard of living higher than anywhere else on the planet?

The reason that many Americans are struggling with their health is because it is part of our biology to choose the path of least resistance. That’s why we invented the wheel and eventually the Segway. That is why we invented clothes lines and eventually washing machines. We are constantly seeking ways to make life easier on ourselves and in most cases this means less and less physical demands. To add to this fact, we have an innate addiction to calories. We are hard wired to crave foods that are high in calories, high fat and high sugar foods that taste oh so good. The fight against obesity, diabetes, and pain pills is a fight against our biology. It’s a fight we can’t win.

Is their any hope?

It’s a fight that most individuals can’t win. Sure, there is a percentage of Americans that will realize the health risks of a poor diet and lack of exercise and will do something about it but they are the exception, not the rule. I believe that being part of the fitness community makes us forget this fact. We tend to think that more people are like us than not but the truth is that healthy people are becoming a smaller minority every day. So what can be done? Are we just f’d or is there actually something we can do?

-Prevent advertisers from advertising junk food to children. We wouldn’t allow cigarette or alcohol companies to advertise on children’s cartoons but far more kids are going to die from obesity than they are from smoking or drinking.

-Prevent pharmaceutical companies from advertising directly to consumers. The United States and New Zealand are the only two countries that allow this. We are taught that a drug can fix everything. Instead of dealing with the root cause of issues, we are satisfied with just masking the symptoms.

-Insurance needs to cover preventable costs. It is far cheaper for health insurance companies to pay people to have trainers, nutritionists, gym memberships, life coaches, psychologists, etc than it is to pay for all the costs associated with preventable diseases.

-Let insurance companies charge based according to health. It is not fair to force healthy individuals to share the increasing costs of preventable diseases. People should be rewarded and supported in increasing their health and held financially responsible when they don’t. A healthy 30 year old shouldn’t have to pay a $400 a month premium with a $7000 deductible for a plan that covers 80%. That’s freaking crazy.

-Overhaul the educational system with regards to health. The fact that we are willing to grade kids based on their ability to memorize the capitals of all the states (performance based) yet we do not grade children based off of their performance in PE says a lot about how we prioritize health in our educational system. If school is really meant to prepare kids for a productive and happy life, then  physical activity should be part of every school day from kindergarten through at least high school. And for the love of all things good, pizza should not be considered a vegetable.

As a member of the fitness community, it can be difficult to empathize with folks who don’t do anything for their health. But, we’re all in this together. If we don’t fix this issue we’re all going to be in really big trouble in the next twenty to thirty years. I have hope that we will make it happen. But just in case we don’t…remember the number one rule of Zombie Land: CARDIO