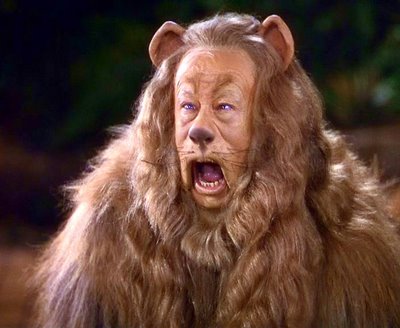 So, I have a bit of a hobby of collecting completely ridiculous fitness memes and I think I have found the most ridiculous one yet. Fair warning, there is some foul language in the meme so be aware. 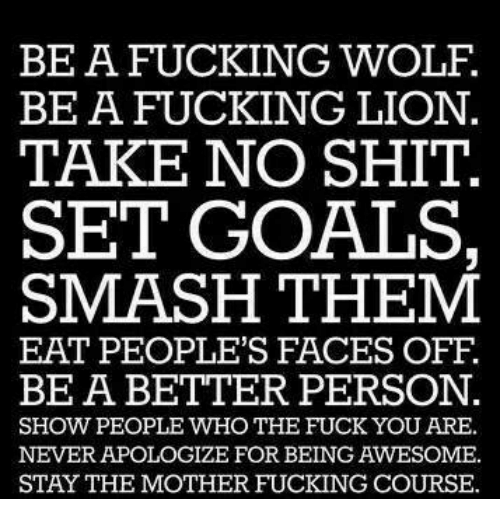 Let’s take this thing line by line. With as many good role models throughout the history of the world, I don’t really see the point behind trying to emulate an animal. Based off of context clues from the rest of the meme, I’m assuming that author is trying to encourage his or her readers to be aggressive in nature towards training and towards others because, somehow, they have decided that lions and wolfs are the “alphas” of the animal kingdom. Let’s be real; wolves, lions, and all other animals are driven by instinct with a disconnect from self awareness. This is what separates us from animals, we have self awareness and and moral and cognitive reason to keep us from killing someone because they were in our territory, forcing ourselves sexually on whoever we want to mate with, or stealing food from our neighbors. And even wolves and lions put their pack and their pride ahead of themselves. So in that case, yes, be a wolf or be a lion and put the other people in the gym before yourself.

Look, I hate to burst someone’s bubble but life is about taking shit. Unless you live in some Alaskan wilderness, secluded from the rest of humanity, at some point you’re going to have to interact with other other humans and that act in turn will involve dealing with someone else’s BS. Now, this doesn’t mean you should let people walk all over you but instead realize that not everything is worth fighting over. If someone takes your machine at the gym while you go get water, what do you gain by going over and being an asshole? I’ve found that most people respond a lot better to cordial interaction than they do to someone getting up in their face. And remember, if you decide to live life “taking no shit” then that means your shouldn’t expect anyone to put up with your BS either.

Set goals and smash them, right on, that’s what training is all about. Sometimes you won’t reach your goals though so learn how to be humble and thankful for the opportunity to try.

Now these next two lines really blow my mind. It what reality can you put the statement “Eat people’s faces off” and in the next breath say “Be a better person”. Assuming the author doesn’t mean it literally, then what in the heck are they talking about? I’m all for striving to be a better person but have my doubts that eating off the faces of other people is the best route to do so.

These next two lines scream arrogance. “Show people who you are and never apologize for being awesome” assumes that you are a) someone that people actually care about and b) are in fact awesome. Everyone is unique and human life is special but there have been over 100 billion humans to have ever lived and right now there are 7 billion people living on planet earth. In light of that, what makes someone believe they are “awesome”. History doesn’t remember arrogant assholes kindly, regardless of their strength levels or how good they look naked. There always has been and there always will be someone else coming down the line that will be more awesome than you. Humble yourself just a little.

The iron sports are inherently narcissistic in nature, there is no denying that and social media has just exacerbated the problem. This message turns people away from gyms and from engaging with people who actually have the knowledge to positively effect their lives. I’m all for being “hardcore” and I don’t think gyms should pander to the lowest common denominator but I also think that everyone in the gym has the same rights. Instead of being a prick about things and putting yourself on a pedestal, let’s just focus on one line of this ridiculous meme:

“Be a better person”