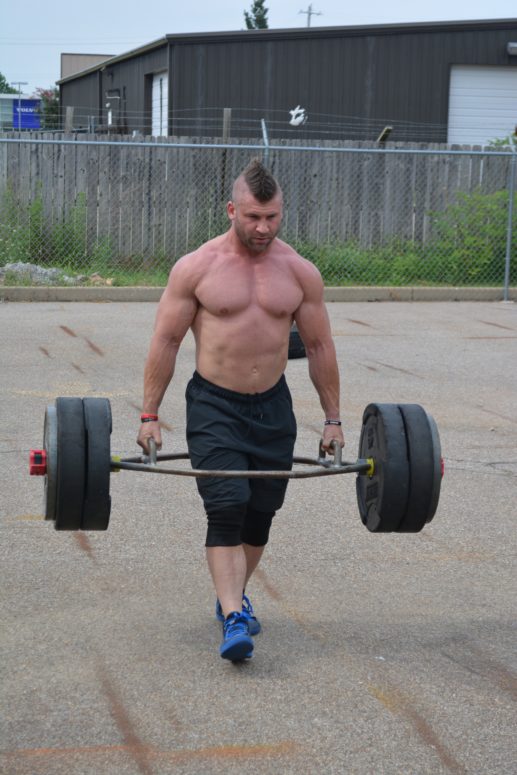 GPP is one of those cool catch phrases that fitness folks like to throw around to sound smart (me included) but what is it? Is it metcons? Is it pushing the prowler? Is it steady state cardio on a machine? If you don’t know the correct answer, no worries, this article is designed to get you fully educated on GPP; what it is, what it isn’t, and how to apply it so you too can not only sound smart but be smart. 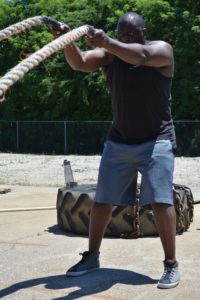 GPP stands for general physical preparedness or preparation or sometimes will be referred to as general physical fitness. The key word here is “general”. Terms like strength, power, speed, coordination, and endurance are all general descriptions. They are not referring to any one particular task. When you define a particular task, then we have something called SPP or specific physical preparation. Things like squatting a 1RM, shooting a free throw, pitching out of the sand, or sprinting a 100 meter dash are all specific physical tasks. GPP helps support SPP in the sense that maximum strength will help a lifter complete the physical task of squatting a 1RM and power and coordination will help a basketball player shoot a layup. GPP is the foundational fitness capacities required to do all physical tasks.

You could also think of GPP as athleticism. Think of someone who excels at lots of physical tasks. The guy or girl in high school who was just the overall athlete, they played several sports and just seemed to be good at everything they tried their hand at physically. This person had a high level of GPP. 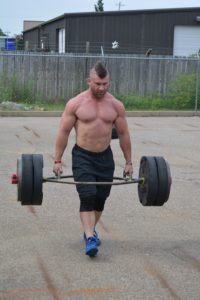 Understanding the above definition we need to realize that GPP isn’t defined by tasks. A common misconception is for people to refer to training that taxes different energy systems as being “GPP”. So when people are pushing the prowler, they say it’s a GPP workout which isn’t technically the case. Pushing the prowler for HIIT builds alactic endurance which can in turn transfer to improved performance in other skills. GPP is not tasked based. For example, the squat, bench, and deadlift would be considered SPP for powerlifting but GPP for a football player. Football could be considered GPP for the sport of basketball. How? Because football would help a younger athlete develop power, speed, and agility that could be used to improve his or her basketball performance. The take away is to understand the definition of GPP and SPP are in the names: general and specific and what you define as the specific task will also define what would be considered GPP.

How can you apply it?

In order to figure out how to appropriately apply the idea of building our GPP, we first need to determine what specific task we are trying to improve. Let’s use strongman as an example. There are some s 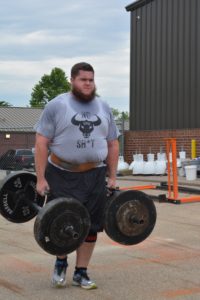 specific tasks we’ll need to be good at. For example, our latest contest had a sandbag carry, a farmers carry, axle deadlift for reps, axle clean and press for reps, and stone over bar. While these are the specific tasks, there are general fitness abilities we will need to succeed at them. Muscular strength is a big one, particular in the hips, back, core, shoulders, and grip. We’ll also need a decent amount of alactic power and endurance since most of the tasks are performed up to a minute. Our GPP would be the training we do to improve those general abilities. For the hips and back we could do wide stance yoke bar squats to a box, we could do sled drags, we could do different row variations. For the core we could do different situp and leg raise combinations or some stability core exercises like landmines. For the shoulders, we could do different pressing variations and for the grip we could do different grip challenges like shrugs without straps and fat grip plate holds. For alactic conditioning we could do different variations of HIIT using 30-60 seconds of work and 30-180 seconds of rest. A couple of examples would be 1 minute of tire flips with 2 minutes of break for 5 rounds or 5 deadlifts at 75% and 5 overhead presses at 75% with 3 minutes of break for 5 rounds.

After training in this way for a select period of time, an athlete should find that they are able to take the increase in general abilities they have and apply them towards an improved performance in the specific tasks they will be performing. This could be applied to the above example by either spending a select period of time prior to the contest working the individual events or by working the individual events into the training from time to time (like an event day every other Saturday) through out the training block.

You should now have a better understanding of what GPP is, what it isn’t, and how you can apply it to your own training. If you haven’t already done so, be sure to check out my video on the athletic development pyramid to get a visual idea on how GPP and SPP coincide.