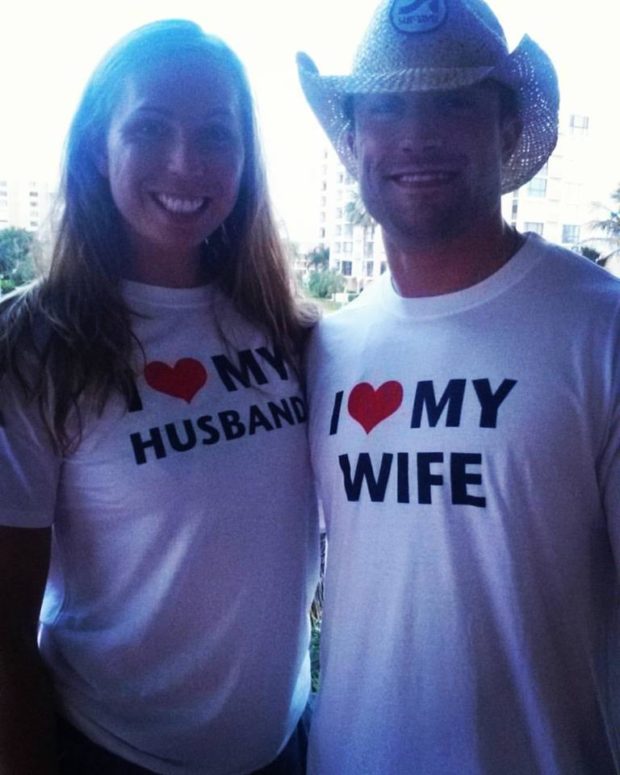 Taking a week off from training and coming back to a new program has caused me some serious soreness this week. Some people think they should take off from exercise when they are extremely sore but that only makes it worse! The only reason I’m able to walk is because I’ve forced myself to move and do some cardio in addition to my lifting this week. While on my honeymoon last week I managed to get one workout in the whole week. I took full advantage of the sunshine and sand and spent almost every minute in it. It did rain one day so my husband and I went to a Hulk Hogan gym near the beach. I kept it light since, you know, it was vacation and all but I enjoyed the experience. Especially when a random man came up and told me he would rather fight my husband over me. That was cool, not sure why he wanted to fight either of us but whatever. Even though I only lifted once while I was gone, we were pretty active all week with walking around a ton and we played several games of sand volleyball everyday. I was nervous about playing volleyball because I haven’t played in years but I wasn’t so bad once I got started! I didn’t take as many pictures as I wanted to because I’m really bad about that.. I barely had my phone on me while in Florida but that’s the way it should be right?! Here are a few though.

We got a yellow mustang convertible for our rental car which was awesome! Daniel let me drive a lot because he’s awesome too. Then there was the Hulk gym we visited. The beaches were beautiful there and we also saw some gators! We went to Busch Gardens Theme park where we saw a few animals and rode some roller coasters!