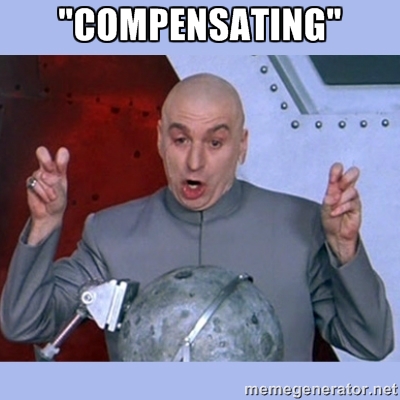 Compensations are a familiar buzzword for most of the general population, but what does that mean? When compensation takes place, changes occur in motor control, joint stability, and movement patterns across the entire body. For example, if a person is compensating for hip extension, they may be accomplishing that movement by contracting something other than their glute muscles, causing an imbalance in the hip joint and also leading to an improper firing pattern during the movement of hip extension. As a regular gym goer, how many times have you performed a glute ham raise and ended up cramping in your hamstrings halfway through? Or as a trainer, how many times have you poked a client’s glute with your finger during a hip extension movement to get them to fire their glutes, only to find that their backside feels more like a pillow than a brick?

These are just a few examples of compensations that occur frequently in the average person. So why should you be concerned about compensations in the body? Here are three:

1) Compensations Can Decrease Your Performance

In the above examples of compensation in hip extension, the obvious question should be asked: “What happens to performance when the gluteal muscles are not firing correctly (or at all)? The answer is, your performance is obviously decreasing. To explain why, we can look at this example from multiple perspectives. One of the reasons that the body begins compensating is due to injury to the joint or a lack of stability in the joint. Imagine for a second you are behind the wheel of a brand new Dodge Challenger Hellcat. Under the hood is a supercharged 6.4 litre Hemi which gives you unlimited access to power to propel you forward. With just a mash of the gas pedal you can propel yourself from a deadstop to 60mph in less than 4 seconds and if theres enough roadway, likely all the way to 200+ mph. Now imagine you are driving along after a fresh ice storm in your sports car, you pull out of the garage and onto the tarmac and hit the gas. What happens next is something we don’t need to drive a souped up sports car to understand. The wheels instantly lose traction on the road and power is cut from the wheels. Why did this happen? Whether you knew it or not the high tech computer system in your car which is always monitoring a number 0f vehicle and road conditions through multiple sensors detected that the wheels were on an unstable and friction-reduced surface. Before the car can spin out of control and possibly wreck or ruin the engine, the computer engages traction control and slows the wheels by cutting power to the tires. 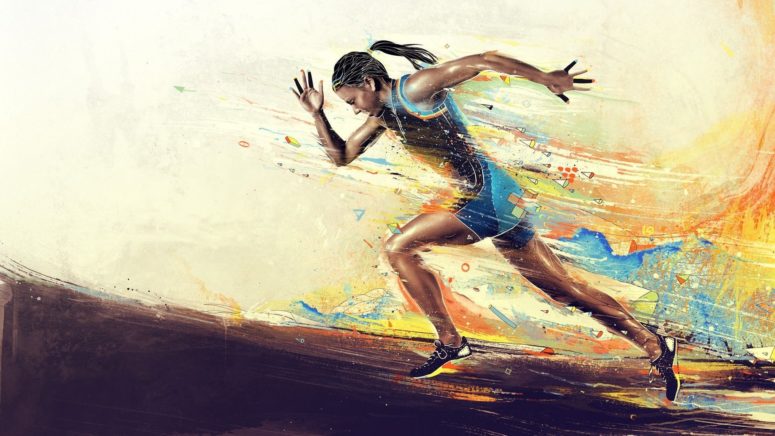 The above example is one of the reasons why compensations can reduce performance. The glute muscles are the main and most powerful producers of hip extension, and just like the supercharged Hemi, are used to propel us forward. In order for the body to do so safely, it must have stability at the hip joint. If stability of the joint is not first achieved, we are risking injury or accident to the joint when we apply a large dosage of power. Similarly to the traction control in a car, the body will dampen forces or even shut down muscles if there is a risk of injury from further applied force. This is one example of how our body can be shut down and decrease performance due to compensations.

Chronically shortened muscles can also reduce performance. Short muscles reach the end of their length before a normal length muscle, causing a joint to move sooner than normally required during an efficient movement pattern. This early, extraneous movement causes an energy leak at the segment that is moving too early or too much and decreases the amount of energy actually being directed where it was originally intended to go. This inefficiency leads to an apparent weakness, decrease in power, or decrease in speed.

Another reason to be concerned about compensatory movement in the body is the possibility of future injury. The best example of injuries that are caused by compensations in the body are chronic injuries (injuries that occur over a period of time without a specific cause) and non-contact injuries. To further explain how these injuries occur, we will stick with lower cross syndrome and compensations in the hip joint.

Let’s say an athlete develops a short psoas muscle. If the said athlete is a high school or college student athlete, this could come from the stress of prolonged sitting while at class or studying When this athlete extends the hip, the psoas muscle becomes taut sooner than is considered normal. In an attempt to achieve normal hip extension, the athlete compensates with an increase in low back extension. Doing this repetitively at high intensities or velocities can eventually result in abnormal wearing of the lumbar facet joint and low back pain. 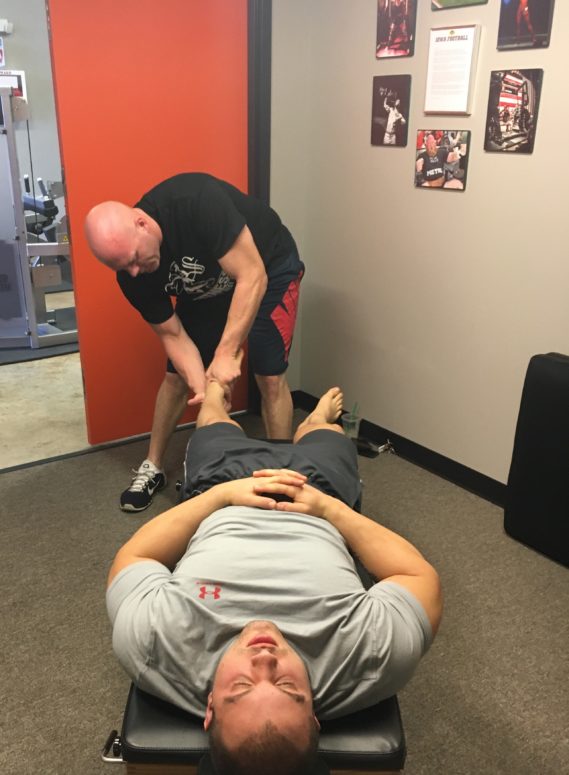 Furthermore, long-term dysfunction of muscle-firing patterns, weak muscles, or short muscles can lead to altered joint movement and eventual loss of capsular mobility, leading to altered arthrokinematics. When joint function is altered, structures such as cartilage can be worn down, causing pain. With pain, movement patterns are altered yet again, setting into motion a cycle that is difficult to break.

Muscles need to fire in a very specific order for efficient movement. When compensation ensues in a joint, rather than a normal balance between agonist and antagonist to stabilize the joint, synergistic dominance occurs, placing undue stress on muscles and joints. When a muscle becomes a prime mover for a joint it was never meant to be a prime mover for, it becomes stressed and overworked. For example, we have all seen the athlete who extends the hip by extending the back. When the paraspinals and hamstrings become the prime movers for hip extension, they become overworked. A person with chronic low back pain or chronic proximal hamstring strains will continue to deal with these issues if he or she is unable to train the gluteal musculature to become the prime mover for hip extension again.

Compensations in the body are not only caused by physical stress, they are also a product of mental and emotional stress as well. Mental and emotional stress in the body are perceived exactly the same as physical stressors in the sympathetic nervous system. This means that the mental stressors of everyday life from work, family, posture, or school are causing the same response as the “bear in the woods” encounter that is commonly used as a sympathetic stressor example.

Furthermore, once these compensations are occurring, they can act as a positive feedback loop, creating even more physical and sympathetic stress! The best example of this is dysfunctional breathing or chest breathing. Chest breathing occurs when a person is improperly inspiring by breathing into their chest and upper airways rather than breathing in through with their diaphragm and pulling air into the lower airways. This compensation is very easy to spot and is marked by rising in the chest or sucking the belly in while breathing. Functionally, this motor pattern is marked by a deactivation of the diaphragm and initiation of breathing coming from the accessory muscles of breathing such as the intercostals, scalene and SCM.

In order to understand why this dysfunctional breathing pattern creates more stress, we need to look at a normal pattern of breathing. Normal breathing or diaphragmatic breathing occurs when the body takes in air by utilizing the diaphragm to create increased volume in the lungs. This is marked by initiation of breathing by the diaphragm and an expansion of the belly as it expands the abdominal cavity downwards. The expansion of the belly is why diaphragmatic breathing is also termed “belly breathing.” When we breathe normally using the diaphragm, we are able to do a few things. First, we are passively breathing which means more efficiency in the movement pattern. Secondarily, we are getting an effective breath of air which is greater than belly breathing AND air is being pulled into the lower portion of the lungs where there is the greatest opportunity for said air to exchange into the blood stream. Finally, in the sake of stress,  the diaphragm is located close enough anatomically to the vagus nerve to effectively stimulate it. This is important as the vagus nerve is most known for its ability to stimulate the parasympathetic nervous system. The parasympathetic nervous system can counter act the stressed state of the sympathetic nervous system and bring balance to the body. This is why the saying exists to “take a deep breath” when you are stressed out. However, this saying has left out two key details: 1) Make sure take a deep BELLY (Diaphragmatic) breath because 2) If you don’t, you will be further adding to the sympathetic stress on your body.

So how do we ensure correct movement that is free of compensation? Reinforcing proper movement patterns by prioritizing proper, pain free movement during recreation and everyday activities. Other options include utilizing performance techniques such as Reflexive Performance Reset to ensure proper function in the nervous system. For more information about RPR click here, or schedule an RPR visit today!