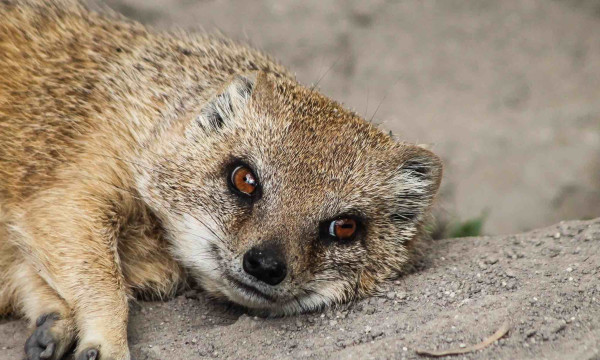 When I was in St. Maarten during vacation, my wife and I went on an excursion with a tour guide who drove our bus. The tour guide talked about how once in an effort to combat the snakes, they introduced mongooses to the island.

For a time everything was great. The mongooses reliably cleaned out the snakes. However as the snakes were eaten up, there was no natural predator of the rats and the mongooses don’t eat rats. They do however eat chickens and even eggs, so with the snakes dying out they attacked people’s chickens and ate the eggs.

After the chickens they attacked the goats. This is a much larger problem than the chickens even though chickens provide food and/or eggs because goats produce not only goat milk and yogurt/cheeses but also raw goat fiber that is woven into yarn used to make several products, they clear land and eat weeds (that attract rodents) and brambles, and their dung is used to fuel fires that cook food. And because goats are cheap, versatile, and low maintenance, for several families the goat is their livelihood.

After having realized that and the mongooses were addressed and isolated to conservation sites, the people found that being more prepared to ward off snakes was better after all.

Of course as a dietitian who walks a revolving door between lifestyle nutrition and the clinic and sees many things through my professional lens, I couldn’t help but draw an analogy.

Let’s say the snake represents disease and health decline. What seems easier, manually becoming more efficient to warding it off (diet and exercise) or introducing a mongoose to do your work for you (medicating when it becomes an unavoidable problem)?

The way we all too often address many health problems in modern society is we assume our lifestyles are irrelevant and denying delayed gratification is worthy of admiration, modern conveniences are simply going to shape our environment, and that chronic disease is a deterministic inevitability and we should feel entitled do what we want, eat what and how much we want, get up and go to bed when we want, work the minimum to do those things and then we’re surprised when it catches up to us.

It’s rather disorienting to lead people to believe that freedom is equivalent to a lack of self-applied discipline.

But the point I’m getting at, is that the more you invest in things that seems displeasing at first, exercising at a regular pattern, eating healthfully, and being mindful about your health, the higher quality of life you free yourself to having. It’s not JUST that struggles develop strength, it’s that hardship and discomfort is an inevitability. You can invest a little in being uncomfortable now to avoid a much larger discomfort against your will.

The mongoose “medicate first”  mentality is deceptively more destructive. We can show you how to live more prepared for the snakes. They are scary at first but being stronger than your fear of them is much more worth it.

Episode 61: 5 Tips to THRIVE with nutrition through the holiday season with Nutrition Coach Jessie Pickett

Episode 60: Nutrition Through the Holidays with Dietician Jennifer Broxterman