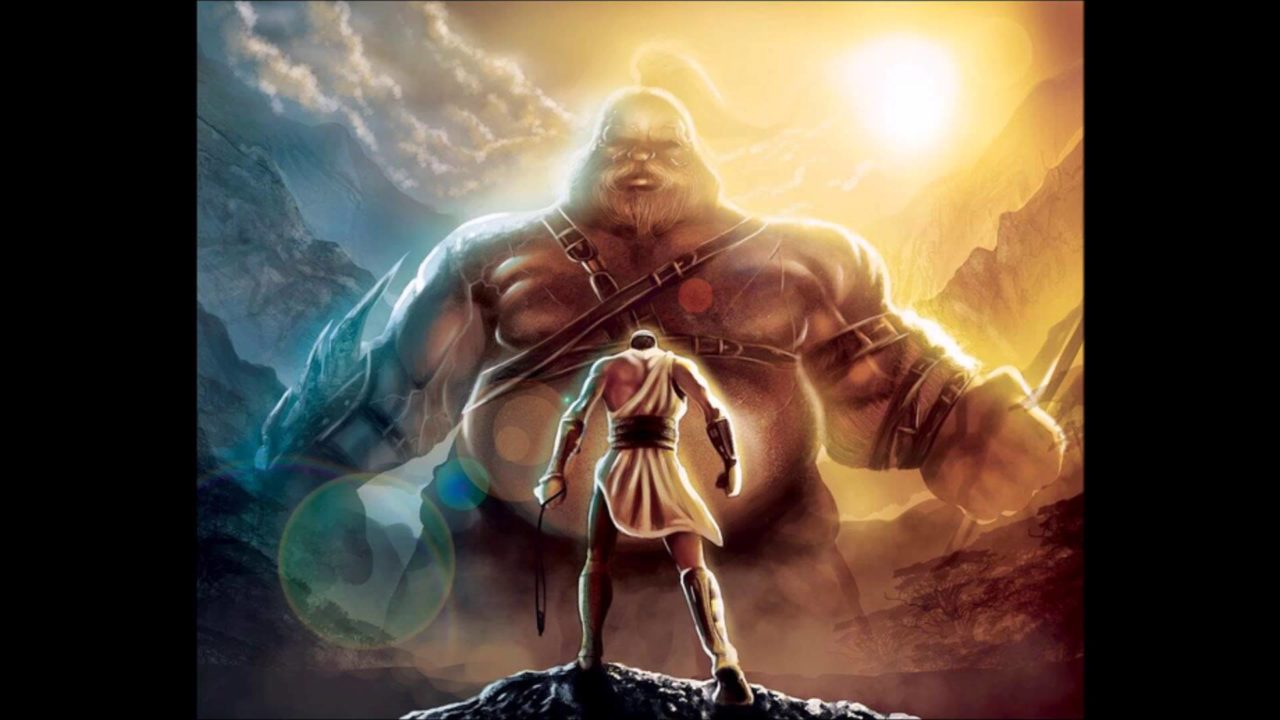 This article was inspired by a sermon by Jason Cook of Fellowship Memphis on February 4th. I’m writing this article for myself to remember, some of you may enjoy it as well.

Regardless of your religious beliefs, the Bible offers great lessons about how we should live our lives. Stories from the Old Testament provide many examples of people who lived correctly and earned God’s favor and those who did not. The story of King David is the archetype story of how a man should live. David is considered to be “a man of God’s own heart”, he is a leader who is revered by his people, and he is a skilled musician, poet, wise counselor, and a great warrior. He is not without his sin and flaws but when he does sin, he confesses and asks for forgiveness. The story of David starts with humble beginnings with him being the youngest son of Jesse who spent his days shepherding sheep where he protected them from beasts using a sling. He gains favor with the King of Israel through his skills of playing the lyre and becomes an armor bearer for the king. During a battle with the Philistines, a giant by the name of Goliath challenges the Israelites to send out a representative to fight him in single combat. All of the Israelite soldiers were too scared to volunteer. David shows up to bring provisions to the soldiers and volunteers himself to take on Goliath. David refuses any armor and instead faces Goliath with a sling and some creek pebbles, the same weapon he used to fight off the lions and bears that tried to attack his sheep. David then defeats the giant by hitting him in the forehead with a stone from his sling. David goes on to become King of Israel  for forty years and his story lives on today. There are many lessons that we can learn from this story. In this article I will focus on two and show how they can be applied to fitness.

Focusing On Outer Appearances Will Leave You Vulnerable

Throughout the Old Testament, people are constantly getting their priorities mixed up. In the story of David, their are several instances in which the people focus too much on outward appearances and not enough on the character of a person. The first example is when the people of Israel appoint Saul to be king “There was not a man among the people of Israel more handsome than he. From his shoulder upward he was taller than any of the people.” While Saul looked the part, he turned out to be a terrible person and a terrible leader. The second example is when Samuel was looking for the next king amongst the sons of Jesse. Jesse doesn’t even consider bringing David in front of Samuel because he is the youngest son and just a shepherd. Samuel looks at the other sons trying to choose one by their outward appearances and the Lord says, “Do not look on his appearance or on the height of his stature…man looks on the outward appearance, but the Lord looks on the heart.” Finally, during battle with the Philistines, everyone fears Goliath because he is a giant. They fear the outward appearance of Goliath but no one fears David, yet he is the only one brave enough to face the giant and prevail.

As fit people, we would look at Saul and Goliath and say “that’s who I want to be.” Their outward appearance brings them attention and recognition. But with this attention comes pride and pride makes us vulnerable. Goliath had too much pride to acknowledge David as a threat and ended up losing his head because of it. Unfortunately the fitness industry is built off of outer appearances but we can still keep ourselves from becoming too self absorbed. One way would be through our social media. Questioning the underlying reason for why we are posting something will at least make us look inward. I’m not against posting progress pics and training vids but I do think it is unhealthy to post based off a need for validation. If we become addicted to the emotional response we get when someone likes or comments on our post, we are making ourselves vulnerable. What happens when the platform we’ve built ourselves up on crumbles? What happens when our self worth is wrapped up in our performance, or our appearance, or how others perceive us. Training should be a pursuit of self improvement. Likewise, when we choose people to look up to, people to learn from, and people to coach us, we should look beyond their outer appearance. When given the choice between David and Goliath, everyone would choose Goliath as their inspiration and/or their coach. He’s big, he’s strong, and he loves to show it off. His instagram would be filled with videos of him hitting PR’s and pictures of him flexing in the mirror. But an ego makes a coach, and athletes, very vulnerable. A coach must put the client’s needs and success first and likewise a client must be willing to do what the coach says and give credit for their successes. Pride makes this difficult and sets both up to fail.

When the rest of the Israelite army is afraid of facing Goliath, David volunteers. Why would all the soldiers of an army cower while a young boy who had never been in battle rises up? David had courage because it was not his first time facing this type of adversary. He had spent many years protecting his flock of sheep from lions and bears. How many hours had David spent practicing with his sling before that moment? How many times did David place a rock in his sling and throw it at a tree trunk in practice? The reason for David’s courage was his repetition before hand. Likewise, as lifters we practice our lifts thousands of time before we step on a platform, we practice our poses thousands of time before we step on stage. We practice so that when the moment comes, we are ready. This has much broader applications as well. We save money so that we have the courage to face difficult times or the courage to face someone in need. We practice self defense so that we have the courage to face an attacker. We build up our fitness so that we have the courage to take on the stresses and opportunities of life. Sometimes this repetition can seem mundane. Maybe the warm up drills seem boring, maybe the recover work isn’t very exciting, maybe the mobility work isn’t as much fun as pulling the PR but doing these small things consistently is what will set us up for success while others fall apart. The athlete, the coach, the employee, the boss who is willing to do the seemingly mundane tasks over and over again is the one who will have the courage to take on the giant when the time comes. More over, this builds character. If we think too highly of ourselves, if we think we deserve only the highest of praises, only the best opportunities, if we are unwilling to do the small things because we think they are beneath us, we will fail.

I’ve definitely been guilty of trying to be more like Goliath and Saul than like David in both my ideals of being a man, being a leader, and being in the fitness industry. I appreciate this story as it gives a clear picture of what those ideals should be and a clear path on how to reach them.