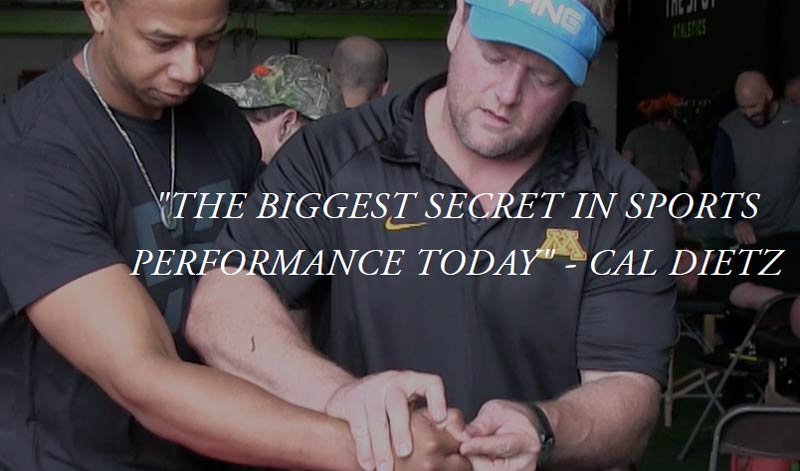 An Introduction to RPR:

For those who are unfamiliar, over the last two or three months, I have added a new and powerful service to the line of performance and results based services at Mid-South Spine and Sports Performance. The vision of Mid-South Spine and Sports Performance from the beginning has been to provide the best services to yield the best results for athletes and those who live athletic and performance-based lifestyles. I can confidently say that the addition of Reflexive Performance Reset™ remains exactly in line with that vision. After three months of implementation, Reflexive Performance Reset has been a game changer for a wide variety of athletes, coaches, patients, and even myself. It is without a doubt the most effective method I have encountered for resetting compensatory motor patterns, and restoring proper motion for enhanced performance.

Over a series of articles and blogs, I would like to begin talking about some of the causes and effects of compensatory motor patterns and some of the goals to correct these compensations. I will also include some specific case overviews and testimonials of some of those who have seen the benefits of this new evaluation. We’ve seen some extraordinary experiences when the nervous system is returned to a parasympathetic state and the body is able to perform the way it was intended to perform.

The Importance of the Nervous System:

Reflexive Performance Reset (RPR™) involves manual muscle testing to assess the recruitment level and sequence of individual muscles that drive movement. This assessment allows for the identification of compensations that develop due to chronic stress and act to accomplish a given movement or task. Since the muscular system is neurologically driven and controlled, compensations are neurological in nature and are the result of excessive stimulus from the internal (excessive joint forces and instability, etc) or external environment (work, social life, etc) causing chronic excitement of the sympathetic or “fight or flight” response.

The fight or flight response is a normal adaptation that occurs in the body. When subjected to stressors or threats, the sympathetic nervous system kicks in, resulting in increased blood pressure, respiration, cortisol release, etc., in order to handle this stressor. This reaction to stress is normal, and is meant to allow for a short term “boost” in order to adapt to a stressor and survive. Think of a sympathetic response as the gas pedal when you are trying to pass another vehicle. Once the stressor is passed, the body’s parasympathetic nervous system increases in tone, which returns it to a normal, rested state. Think of the parasympathetic response as a “brake.”

Under normal circumstances, this adaptation can be quite beneficial. Let’s say you are walking through the forrest and you cross paths with a bear. A stimulus occurs, the body temporarily hits the gas pedal, causing an increase in heart rate, breathing, and resting membrane potentials in nerve cells. The body is primed for an all or nothing sprint away from the bear. At this point, nothing matters besides getting away from this stressor. Once the threat of the bear is over and the stimulus is clear, the body returns to its normal state without much alteration normal function. Because its origin comes from the need to survive during life-threatening situations, the sympathetic response is only beneficial when short-lived.

Fortunately for our species, we have evolved to a position where these life-threatening situations are few and far between. Unfortunately, this same stimulus from the bear encounter can be mimicked in our everyday stresses from work, social life, athletics, etc. This means that the average human living in the 21st century is stimulated to enter this “fight or flight” response on a regular basis.

This chronic sympathetic state is much less favorable than the acute spike and return to baseline example with the bear. Keep in mind these stressors occur on a regular basis in our daily lives. Because of its constant bombardment, the body is unaware of when the stressful stimuli will subside. This makes it impossible to to return to normal, and causes the neuromusculoskeletal system to look at long term solutions to survive. There is an increase in resting heart rate, labored (chest) breathing, and the development of compensations.

Not surprising, long term survival priorities for the neuromusculoskeletal system include energy prioritization and efficiency. Adaptations favor energy efficiency over force output and stability and often chose to use accessory muscles over prime movers to accomplish joint movement and stability. The compensatory patterns or “drivers” that are identified using RPR are a direct result of this chronic stimulation of the fight or flight response.

For an athlete, performance improvement through RPR is accomplished through enhanced neuromusculoskeletal and cardiorespiratory function. The goal of RPR is to prime the athlete to be as stable and explosive as possible. This is accomplished through identification of each individual’s “driver” and stimulation of specific “wake-up points.” By utilizing the RPR wake-up points, we are hitting the brakes on the sympathetic nervous system and restoring the body to state of parasympathetic drive. This return to parasympathetic drive leads to a few changes that affect the bottom line of performance.

The first change, is an increase in cardiorespiratory efficiency by restoring proper diaphragmatic breathing. As noted before, a chronic compensatory pattern often seen in today’s society is labored or “chest” breathing. This is is a method of breathing in which inspiration is mainly driven by contraction of muscles in the neck and chest in order to draw air in at the apex of the lungs. This is inefficient as energy must be spent on each breath to inspire and the volume of air taken in is decreased.

Diaphragmatic or normal breathing, allows for the lungs to expand and inspire passively without wasted energy. Diaphragmatic breathing is characterized by breathing through expansion of the stomach. This allows the diaphragm to lower, causing a significant increase in lung volume and surface area compared to chest breathing. For a detailed break down of the before and after benefits of RPR on the cardiovascular system, click here.

Furthermore, diaphragmatic breathing is also known to stimulate the vagus nerve, which is a major driver of the  parasympathetic nervous system. Because of this positive feedback loop with the vagus nerve, proper breathing is the single most important drill to practice, and is encouraged throughout each session as well as in everyday function. Finally, diaphragmatic breathing leads to increased stability of the lower back which subsequently allows for improved hip mobility. This helps break the cycle of lower-crossed syndrome that is seen in a large amount of the population. 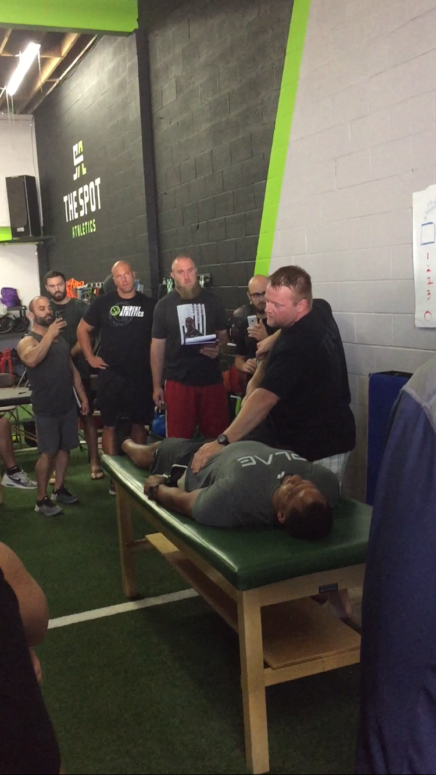 Performance maximization with RPR in the neuromusculoskeletal system is accomplished by emphasizing the restoration of normal movement and proper motor patterns. In a state of compensation, accessory muscles are utilized to produce forces rather than the prime movers. This decreases the amount of force the body can produce as it is not effectively using its biggest muscles to create movement. The body’s joints are also less stable when accessory muscles are used.

As energy is created and transferred through the kinetic chain, a percentage of it is lost in each joint that is unstable. This means that the joint is constantly absorbing more and more wear during movement, which sets the stage for future injury. A normally functioning body will create force with the prime movers of hip flexion or extension and disperse these forces outward to the external environment away from its center of mass. This pattern resembles an explosion and serves as the most efficient and powerful means of creating and applying force. This is the pattern that RPR looks to restore in order to facilitate a better, healthier athlete.

For more information on Reflexive Performance Reset, check out their website at reflexive performance.com or check out their Facebook. If you would like to schedule a session of RPR with Mid-South Spine and Sports Performance, call 901-573-2526 or email drdetweiler@midsouthssp.net.