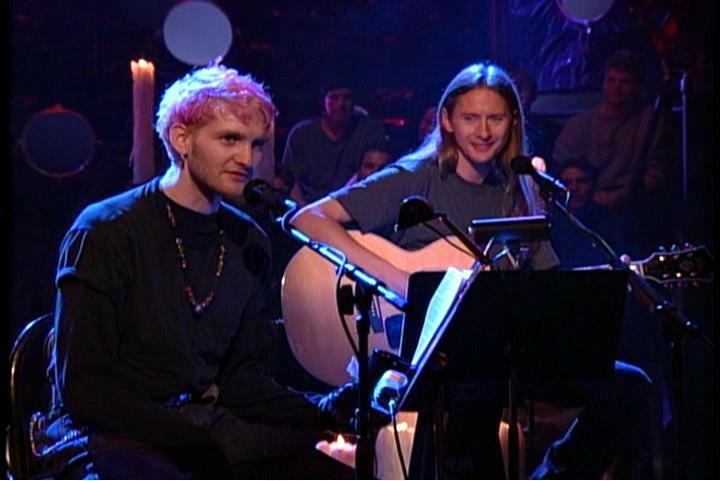 Warning: I pretty much play the whole song. So I did something slightly different in this weeks riff. I re-strung my acoustic guitar after a string broke last week and i thought it would be cool to do my riff unplugged this week. Believe it or not, I really enjoy playing my acoustic guitar. obviously it’s a totally different sound than an electric with a lot of distortion on it, but I’ve always enjoyed the sound. This weeks riff, or shall I say song comes from Alice in Chains. This particular song is off of their MTV unplugged show they did in 1996. The song is titled Over Now. The original track was released on their self titled album in 1995. Just like most of their songs, I fell in love with this one the first time I heard it. I have a slight screw up at the very end but I wasn’t about to redo the whole thing because of that one part. This song is played in an open D tuning, which actually took me forever to figure out because I was looking at the tuning backwards. Anyways, I hope you enjoy this unplugged version because their will probably be more to follow.