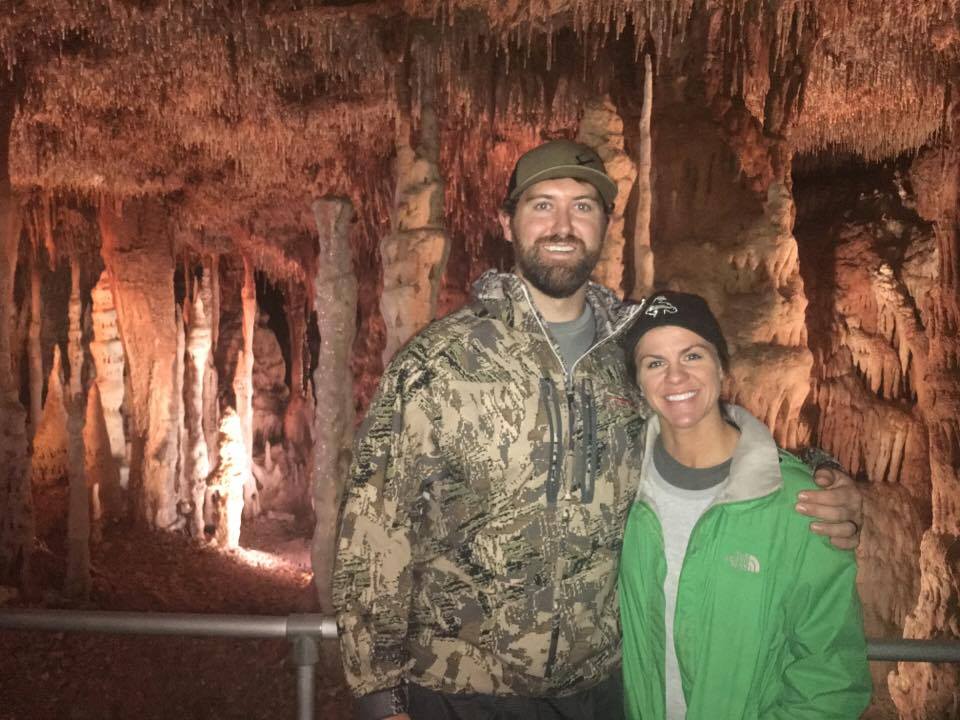 A couple weekends ago, my wife and I and two other couples went on a camping trip up to Mountain View, Arkansas in the Ozark National Forest. Back when I was in middle school and high school, I used to do all kinds of outdoor adventures. We used to bike, camp, hike, backpack, mountain climb. canoe, and many other activities on a regular basis for boy scouts. As I grew older, I stopped doing so many outdoor activities but recently have had the itch to get back into it.

Friday night while getting ready to head out I tried to burn my house down. I was cooking candied bacon and due to a misunderstanding on the correct preparation of said bacon, I lit my oven on fire and filled my house with smoke. The Germantown Fire Department came by and helped remove the smoke from the house. Needless to say I was a little frazzled and embarrassed. After that fiasco were got on the road and made the three hour trip up to Mountain View.

We set up camp late, coining the term “glamping” in the process. Glamping is glamour camping as evidenced by our giant tent and blow up air mattress. Saturday, we woke up and had eggs cooked inside avocados, which were delicious, and packed our day bags for the hike. We were shuttled to the trail head and hit the trail starting around 9:15. The hike was awesome. The temperature was between 60 and 70 with a slight bit of overcast but dry ground. We hiked 5 miles into another camp ground, had a lunch break, and hiked another 6 back to our camp site. The second half was a lot tougher than the first half which consisted of well worn trails through the forest. The second half was up and down rock formations that were covered in slippery moss. A good bit more difficult but an awesome view the whole time. After pounding out the 11 miles, we took our chairs and dropped our feet into Sylamore Creek which was right by our camp ground and opened up a few beers.

That night we had hobos (tin foil meals) with ground beef, carrots, potatoes, onions, and broccoli and a dutch oven peach cobbler with vanilla ice cream for desert. It was delicious. We sat around the campfire playing a few games but we were all pretty exhausted from the hike so we hit the beds pretty early. The next morning we woke up and had scrambled eggs, bacon, and cinnamon rolls and took a trip to Blanchard Caverns. This cave system is incredible! I highly suggest going to check it out. The giant sanctuary that is 200 ft below ground is filled with some of the most breath taking sights you will see. I couldn’t help but imagine what it would be like to be the person who discovered it, what it would be like to poke your head through a whole and see something like that. We then had some pizza at a local restaurant and headed back to Memphis, planning our next trip the whole way back. 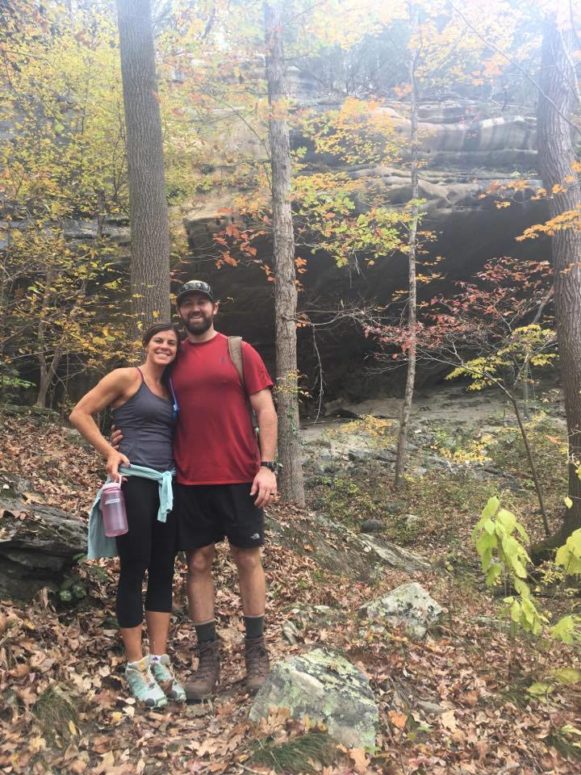 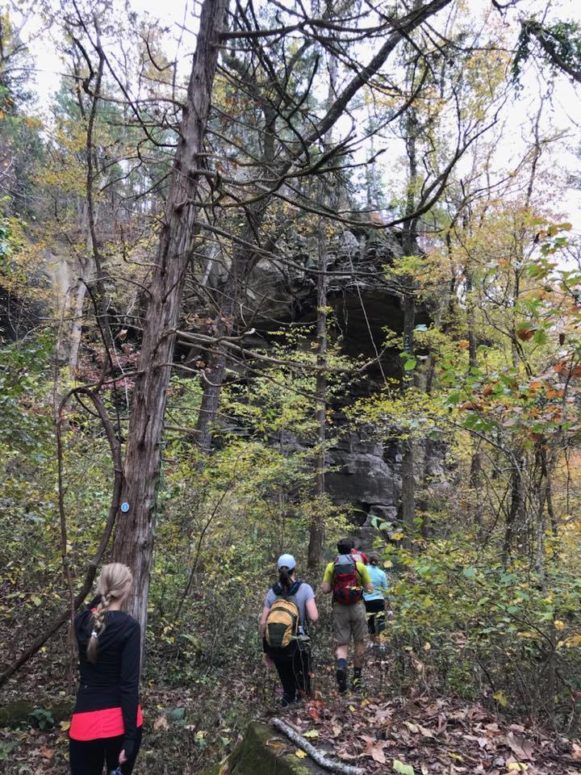 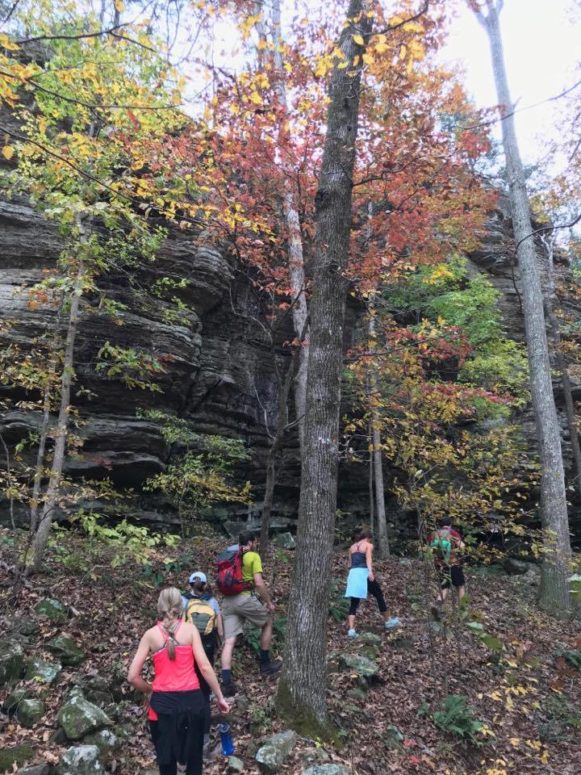 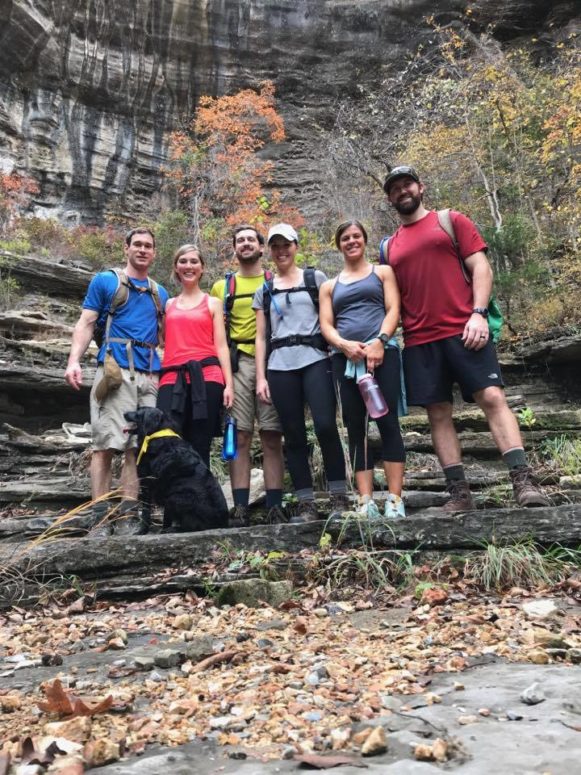 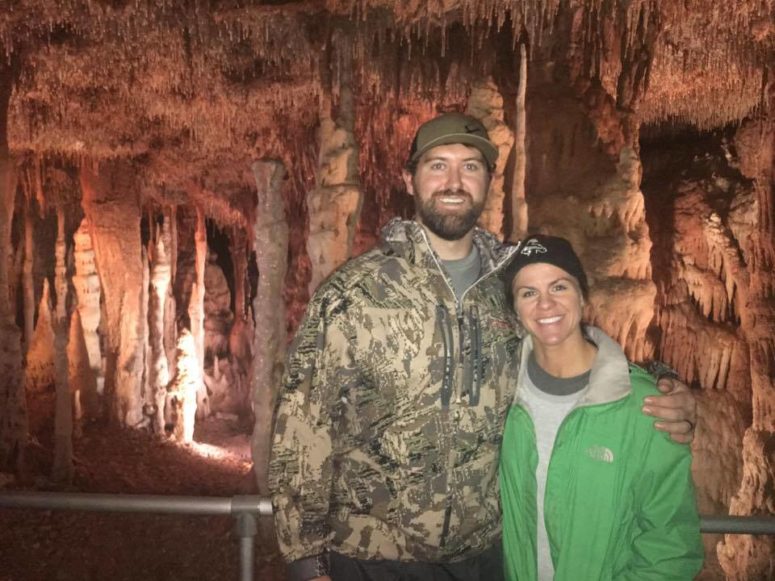