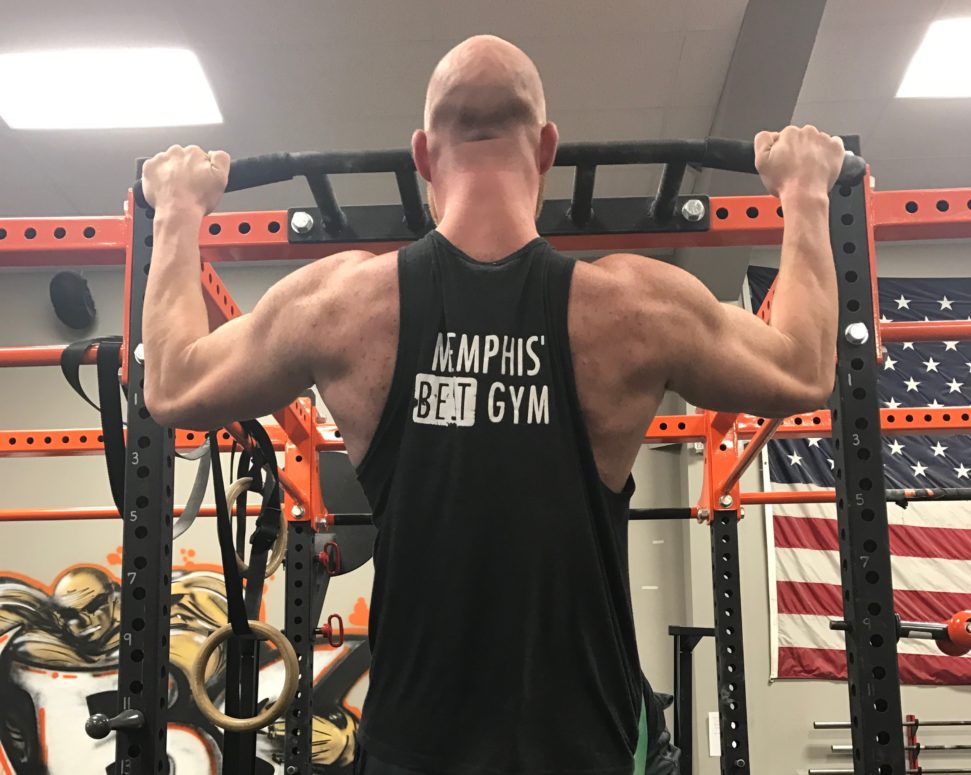 Seriously. One easy trick allowed me to have the most productive year of training I’ve ever had. I am now in the best shape of my life, the leanest I have ever been, and the least injured I have ever been. And the greatest part is you can do it too! Whats the secret? I hired a knowledgable professional (not a stupid guru or random gym bro) to do my nutrition and programming and did what he told me to. That’s it. It’s so simple that ANYONE can do it, even you. And this is why:

As a health care professional, one of the most common phrases that you hear is that the worst patient you will ever encounter is yourself. This is equally true in the fitness world and athletics along with many other industries. The main reason for this is the lack of objectivity. By definition, your interpretation and explanation of how your body is operating will be almost completely subjective. You can use objective measures, but it is incredibly difficult to have an objective outlook on yourself.

Let’s face it, everyone is crazy when it comes to their own body. I don’t know how many times I’ve gotten into a rut in my training and nutrition and have had a mental breakdown with no idea of what to do next. Getting into a funk in your training is going to happen. It’s your response that will affect which direction things go. In this situation, deciding what to do on your own is the equivalent to using WebMD instead of a doctor every time you have an ailment. It will freak you out, and chances are you will take the most severe and irrational action possible. If you go to the doctor, he will OBJECTIVELY analyze your situation and likely reassure you that your are just fine (AKA crazy) and find a simple solution to your problem. There were many times in this year (60 week) process where had I not given the reigns over to my coach, David Allen, that I would have taken drastic measures like severely cutting calories or macronutrients or choosing a different program or movement. I know this, because these situations have come up in the past and his solutions to these situations were often completely different than what I had done in the past.

Unless you are Louie Simmons or one of the other expert 99.9th percentile of athletes in the world and have decades of experience in what you do, chances are you have a coach. Even if you are one of those individuals, you had coaches that got you there and now instead of coaches, those people are probably just mentors now that you look to for guidance. Every athlete that has been worth a shit has had a coach. Michael Jordan didn’t just stand in a gym and shoot baskets his entire life, he had one of the greatest coaches of all time in Phil Jackson. Chances are if you are a regular joe or tired of spending another year being weak and want to actually see some results for a change, you can benefit from a good coach too. Good coaches make you accountable. They call you out on your bullshit and they don’t feed you any bullshit either. This makes sense if you think about it, because when there is an exchange of money for services, both parties make out better if there are successful results. Your coach will be your best advocate and biggest helper in this process because it is in their benefit to see you succeed. The best test of a good coach is how many clients they have with good success, because your are a walking advertisement for their skills or lack thereof. Have you ever heard the saying “Well judging by how fat the cook is, the food here must be great”? Well its the same with a coach or personal trainer and their clients (only the opposite). Finally, when you have skin in the game, you are more likely to think twice about going out and binge drinking and then eating five cheeseburgers at 1am afterwards. Not because you know that you are going to have to face the music when you weigh in and do your progress that weekend, but simply because when you’re investing money into something, you become that much more dedicated to the result.

Not only was this one of the best years of training I had ever had physically, I also learned a shit ton about training and nutrition. Previous to 2016, I thought that hypertrophy/bodybuilding training had no place in strength training for me, and had never done this type of training. I also never understood how to control and strain through a range of motion with weight and actually develop a mind-muscle connection. I had also spent the last 3-4 years in random “gyms” and community recreation centers with almost no access to real, knowledgable help. The result from a coach? Now when I bench press and hear a “LATS!” command, not only do I understand the command, but I also know how to get the muscle to contract as well. I have never had to focus solely on my lats before in training because I had never done hypertrophy. I also had tons of help from my coach as well as the rest of the staff at NBS Fitness to help critique my form. Neither of these, were something I would have obtained on my own. 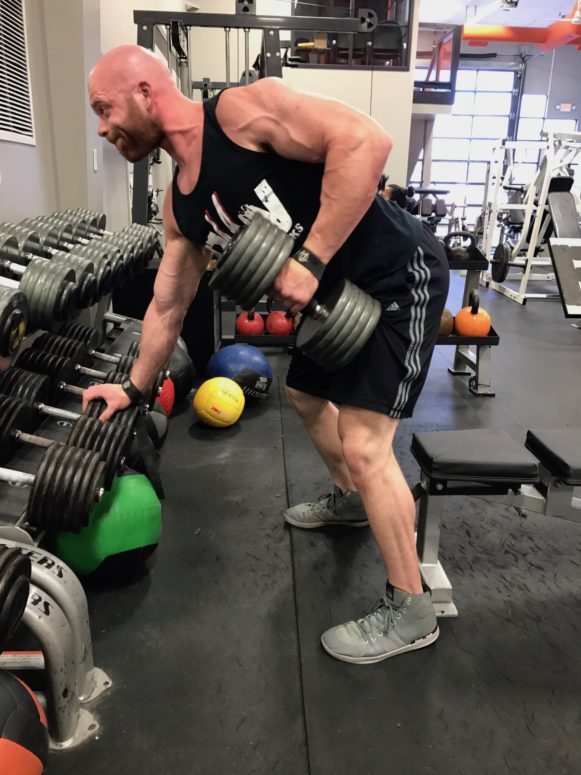 So how did my best year (and a half) of training go? The proof is in the pudding. Here are the results via DXA scan (the gold standard of body fat and bone density measurement). I was able to gain over 25 lbs of lean mass and lose 6 total lbs of fat since beginning online training and nutrition with David Allen at NBS Fitness. As you can see, the 6 TOTAL lbs of fat loss accounts for a period of one year in which I dropped 28lbs of fat from April 2016 – April 2017. Unfortunately I was unable to set up a DXA scan at my lowest weight in 2017 of 233.8 to correlate with the before and after pictures, but this is still a fair representation of the progress.

In summary, if you are tired of your failed efforts to improve your health and fitness or want to realize your body’s true potential, you need a strength and nutrition coach. All it takes is one easy trick. Hire a coach and give them the effort they need to be effective and you will be successful.