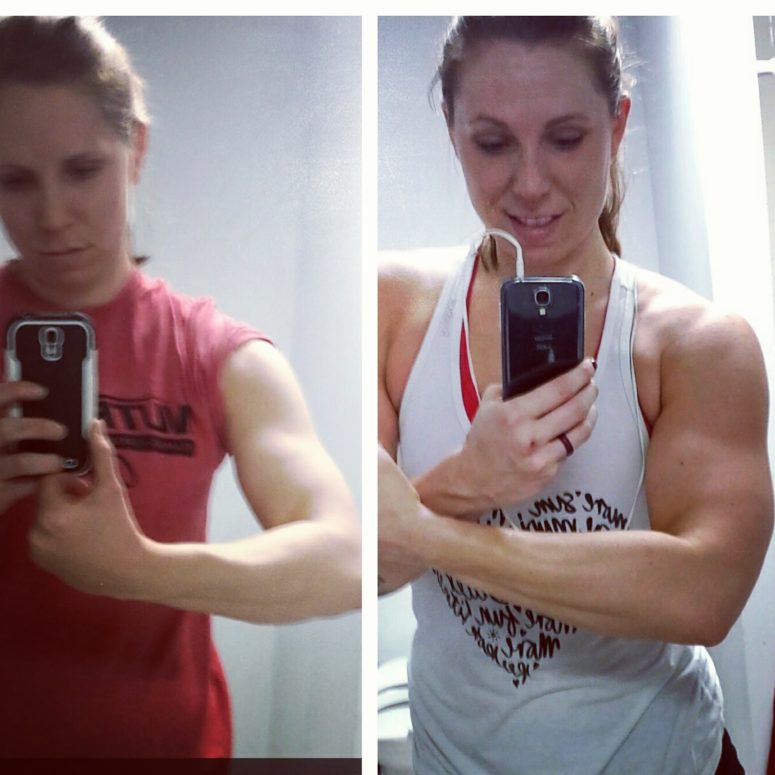 I’m going on my belated honeymoon next week with my hubby and I couldn’t be more excited.. I’m so ready that I’ve literally been mentally checked out and in vacation mode all week. It’s all I can think about!!! Next week’s blog will hopefully be all the beach pictures but this week I wanted to share my progress since being a part of NBS.  Before I joined the NBS staff I was lost I guess you could say. I was a group instructor at several gyms, I did personal training and worked in the corporate wellness world but it wasn’t until I was a part of NBS that it all started to make sense. I’ve learned so much and made so much progress it’s crazy. All thanks to David for mentoring us and truly caring about his staff. Not only have I grown as a trainer but I’ve made physical gains too. If you follow me on social media then you might have seen some of these but my update pictures don’t usually make the internet LOL. What the hell though right? Everyone’s doing it so I should too……..

Anyway, here are some changes I’ve made within just the past two years.. most in the last year really.

I competed in my first Figure competition and made lots of changes during that whole process. And since the show, I’ve put on a good amount of muscle. Below the left picture was about a month before my show, which was in October 2015, and the right was this month. Notice shoulder and hammie growth here. I’ve gained fat but I’m confident I’ll be at a wayyyyyy better starting point for my next show than I was last time. All the while my bicep gains are also significant. NBS bathroom selfie game is strong too. I’ve made some nice strength gains as well. All my main lifts have improved in technique and in number and I can actually do unassisted pull-ups now. Since I’ve gained some muscle and fat, I weigh a lot more than I did 2 years. About 15 lbs heavier actually and I couldn’t do pull-ups when I was lighter but now I can! Here is a video from the other day, literally trying unassisted pull-ups for the first time in forever. This was my second set of three. I was really excited.

Some will think my changes are big and some will think they are small.. but I’m happy with how far I’ve come and it makes me excited about the potential I have to be even better. After the progress I’ve made in the last year and half,  I imagine where I’ll be in five years and that motivates me to keep working hard.