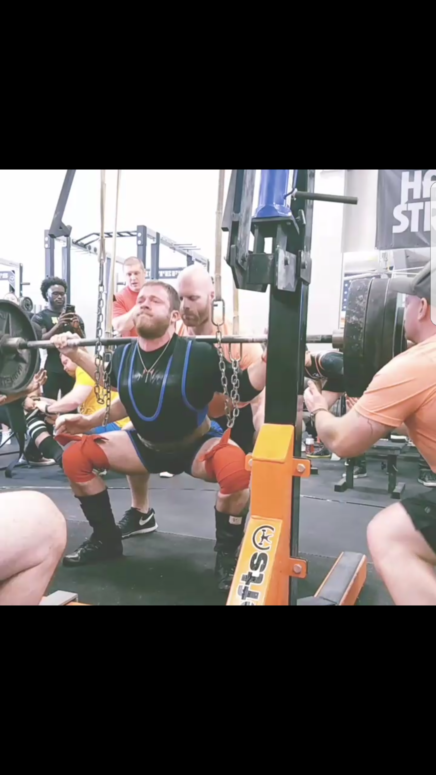 The King and Queen of Sping meet has now come and gone. That’s another training cycle in the books, another competition under the belt, and another opportunity to learn from my mistakes and yes, mistakes were made.

For the most part, I would say that I had a pretty descent training cycle, even earlier on my bench was feeling pretty solid and I thought for sure I would be hitting some new numbers on that particular lift. Our training cycle this go round was even slightly different from any that we have had in the past, although some things were the same, they’re were some changes here and there.

Getting back to the meet, I was competing in the 198 class this time, which was a weight class lower than my meet last September. I had to make about a 5lb weight cut that actually had me .2lbs over on weigh in day! I put on a sauna jacket, my hoodie and made my way to the stairmill for 15 minutes. When I was done I had sweated out another pound and was good to go. I spent the rest of that day eating and hydrating for the next morning.

Meet day was here and I felt as ready as I was gonna be. I arrived at the gym, got my gear, spoke with my teammates briefly and began to warm up with some light band work. Afterwards we had our meeting and things got started. There were only two flights at this meet that were basically female in the first and males in the second. I knew things were gonna fly pretty fast in the first flight, especially since a good bit of the female lifter were not using wraps. Most of the guys started warming up when the first flight was getting started. All of my warm ups felt pretty solid on squats. My last warm up was 510, and my opener was 540, and they both went well. My second attempt was 565, this was the last heavy squat I took in our peak. I knew it was there, I just had to do it again, and I did fairly easy. This entire cycle I had my eyes set on a 585 squat because I knew that if I was going to secure the total that I was trying to reach, then I would at tleast need that. I made sure to make my wraps extra tight, which reminds me that this was my first meet that I did all of my wrapping on my own, no handler and no one to push the slack out of them. I would say that worked out pretty well for myself because I didn’t have to worry about whether or not someone was going to screw up my wraps, or time it wrong. I was called for my third attempt and I appraoched the bar in my ritualistic way that I always do. I pulled myself under, got my breath and stood up with it, immediatly went down when the commad was given. When I was on the descent about to hit the hole, I felt my hips shift forward, and I slightly went onto my quads. I kept my belly tight against my belt, pushed my knees out and was able to overcome the shift and I made the lift! I was pretty damn happy after this. A couple of people approached me and told me that it looked like I had 600 in me, that may have been the case, but I wasn’t willing to test things that early in the meet, besides that was a 45lb pr from my last meet. Now it was time to eat, and get ready to bench.

Bench was something that I wasn’t too worried about because my bench sucks anyways, and I knew that was not what was going to build my total. I started having issues around our peaking with my butt staying on the bench when I went to drive the weight off my chest. In the past I haven’t really had any issues with this until now. During the last few weeks of training it was kinda getting in my head and I was missing lifts that I knew I should’ve been hitting. I changed my foot positionong a bit to try and keep it from happening, but it just didnt feel comfortable. By the time the meet came around I told myself that I would just be happy if I could hit my last meets best which was 315. When I took my opener at 295 it moved slow and almost got away from me going forward. I sat up and kinda laughed out loud and thought to myself “shiiiit.” My plan was to go 305, and 315 for my last. I took my second attempt and it moved even slower than my opener, but I got it. By this time I knew that 315 probably wasn’t going to make it, in a way I had already pretty much mentally defeated myself on it. Again, I knew I didn’t NEED it but I sure as hell was gonna give it a shot. I got on the bench,set up, brought it out and down to my chest, when I recieved the press command I gave it all I had but it only went about an inch off of my chest and stayed there while I struggled until the spotters took it, no lift! I did’nt let it get to me because I knew I had to keep myself together for deadlifts, that was gonna get me my total.

After bench I had a shake with a bagel and some peanut butter, a staple for my nutrition during my meets. This is usually the time during a meet that I start to feel a little run down, and is typically the point at which I give myself a little caffeine boost. When I went to get my shake I thought about getting a monster, but for one reason or another, I didn’t. Once the time came I started to warmm up for deads and things were feeling okay. Not good, not bad, but just okay, which was good enough for me. I had set my opener at 545 and had told myself that if it moved easy I was gonna go ahead and jump up to 585 because that was the exact number I needed for my total. My mane was called and I took my opener, it moved smooth and with ease. I went to the judges table to set my second attempt. When I approached I was told by one of them that 545 was not what was actually on the bar. I kinda panicked and flipped out. “What the hell was it” I asked in a kind of assholish way, (sorry Ali.) Turns out it was 535. In that moment, my mind started to rush and all I could think about was 585 and how badly I needed to hit it. I was blinded by that number and started to think irrationally and the next thing I blurted out was 585, I took the jump and there was no turing back now. The time came for my second and I approached the bar as I always do on deadlifts, I felt a bit more calm than I needed to. I went to pull for what seemed like forever and the bar never broke the ground! Now I was in trouble. If I didn’t hit my 3rd attempt I was not going to reach my goal that I had set for myself. I went to take a set because I was feeling really tired at this point. My girlfriend was sitting across the platform from me, and I could tell that she knew I was somewhat lost in my thoughts. I also must have looked about as tired and run down as I felt because just a couple of minutes later she walked up to me and handed me a monster energy drink. I asked her if I looked tired and she replied with a prompt yes. I started to drink the monster, but I didn’t down it because I didn’t want to get jittery, or have a belly full of monster on my last attempt. The time came and it was now or never. I had one of my friends give my some hype, a little ammonia and I nice slap on the back of the neck. I’ve never missed a deadlift with that combo, but you know what they say, there’s a first time for everything. And it was, once again the weight didn’t even budge and just like that it was over. If I had any common sense left in my brain when I went to tell my second attempt, I probably would’ve gone 565, then 585.

With all of this being said I guess the lesson to take away here is to always have a plan B. If you can’t hit your total, at least you can plan to hit a nice pr on a particular lift. Just because you plan to hit a certain number doesn’t mean that it’s going to happen. Anything can happen on meet day, so be prepared and have a back up plan. Above all else, remember to have fun! If you’re not doing that, then why the hell are you there?

Thank you to everyone who made this meet run as smoothly as it did, thanks to all of my training partners, coaches, my wonderful girlfriend, as well as my family members that came out to watch.