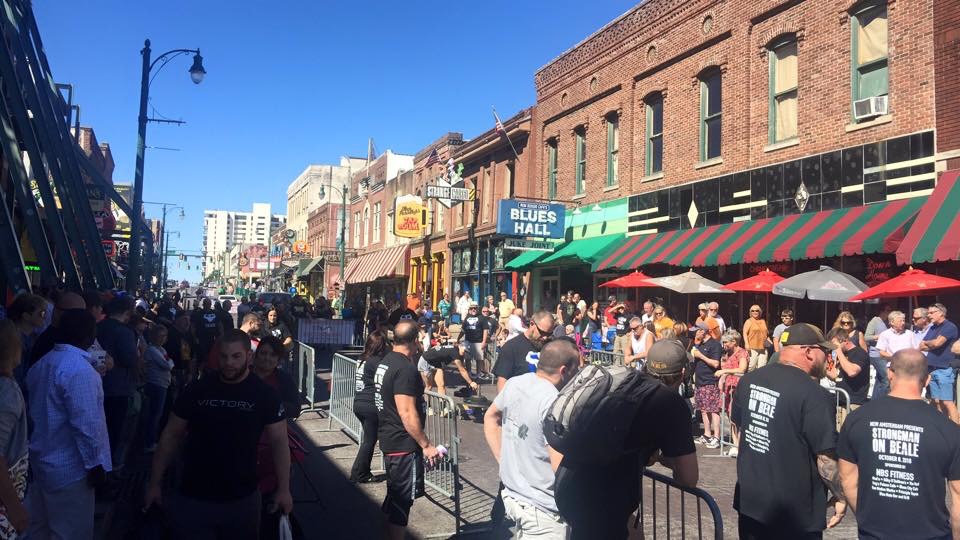 As David pointed out on his facebook this week, we hosted The Clash For Cash And Cash Car Pull this past weekend and it turned out to be a great success.  NBS Fitness itself has hosted 10 or so events in its existence, and various pieces of our staff have been helping in some capacity at meets for years.  I will say that it never goes *perfect*, so having a meet feel like a success is a real milestone for me.  However, this wasn’t without some SERIOUS nail biting  moments.  Below I will highlight some steps we took to really get the ball rolling. 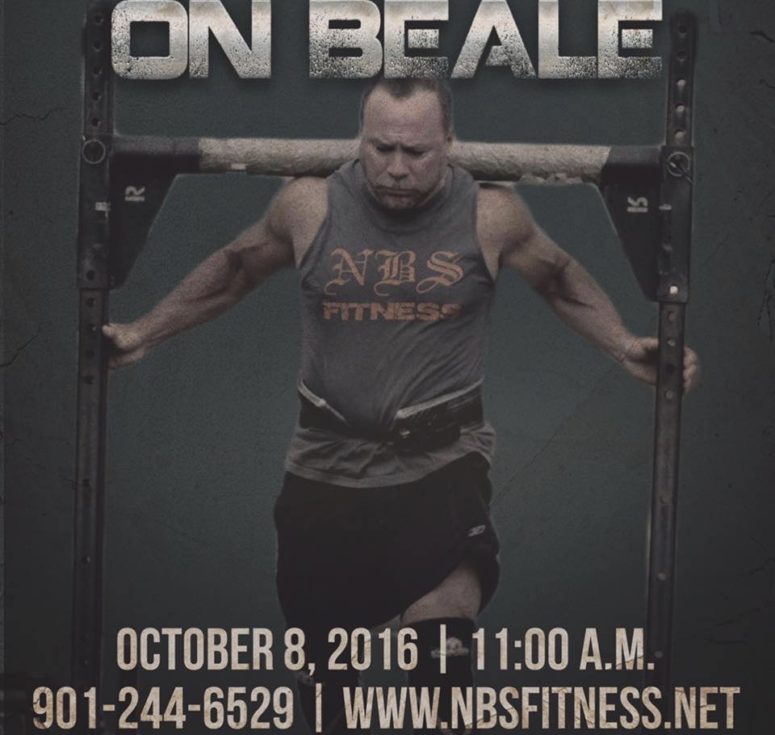 Poll the competitors:  After wrapping up our Spring Strongman event, I got to asking competitors what would *really* set a show apart from others.  While the answers varied, a few common themes were: 1.) cash Prizes 2.) assured audience 3.) awesome atmosphere.  There were a few other suggestions that were down to specifics, but I decided to focus on factors that would universally appealing as opposed to chosing specific events over others.  With these guidelines, we knew how to offer a GREAT show for competitors.

Cash Prizes: With the help of our good friend Jim, we were able to build relationships with Beale Street vendors for this event.  We allocated six event sponsors and a title sponsor.  In exchange for their sponsorship (which allowed us to offer the cash prize), we integrated each  sponsor into the Clash for Cash.  All media/marketing hosted their logos, and each Beale Street Bar was given the event of their choice right outside their bar!  This provided entertainment for their existing guests, and business from the hungry/thirsty competitors and fans.  For the car pull, a local dealership was able to provide a car of their choosing that was wrapped in their decals and contact information. Throughout each event, competitor set up time was spent highlighting each establishments specialties, promotions, and products.  By turning this event into a mutually beneficial community event, everyone won!

Build An Audience: As the details were shaping up, we started a soft promotion of the Clash For Cash.  This started in our very backyard. Strongman itself is a very entertaining sport to watch, but many people aren’t aware what it is exactly.  From about three months out, I started talking to NBS members about it as well as updating the event page on Facebook with details/teasers about each event.  Two months out, we printed off posters and hung those puppies everywhere in town that was a hub for entertainment.  We made admission FREE and put the event itself up Beale Street, which is already a tremendous tourist attraction. 1 month out, we hit the radio and highlighted not only some of the events, but also some of the competitors and their historical accomplishments.  Once people knew there were incredible athletes in attendance, we had their attention.  One week out, David did a radio appearance and explained the event, how to get there, and what you could see.  These cumulative efforts resulted in HUNDREDS of spectators.

Create an Atmosphere: This is one of the most important aspects of a successful meet.  Once we had built the audience, we spent our MC time not only instructing competitors, but constantly getting the crowd excited.  Explaining the events to new comers led to increased awareness of how incredible these athletes were.  Highlighting competitors that were duking it out for first place also added a bit of heat to the fire.  By the end of the day, some competitors had developed Beale Street Fans who followed along the entire event, cheering them to victory and consoling in losses.  It was really a beautiful arrangement.

End With a Bang: We added a stand-alone event after the conclusion of the Clash For Cash.  This event was a car deadlift that we opened to the public.  A brief tutorial was given on set up, execution, and rules.  From there, we allowed people to sign a waiver and try their hand at deadlifting a car.  The overall winner of both women and mens classes were given a cash prize!  While many were neck and neck for the cash, we have several people that simply wanted to leave Beale Street being able to say that had picked up a car!  Following the car deadlift, we had an awards ceremony on the patio of Kings Palace, complete with a beer sampling of some of Memphis most famous brews.  This was a very elaborate ending, and not the only way to go about this, but ending this meet with a celebration was a great way to see it through. 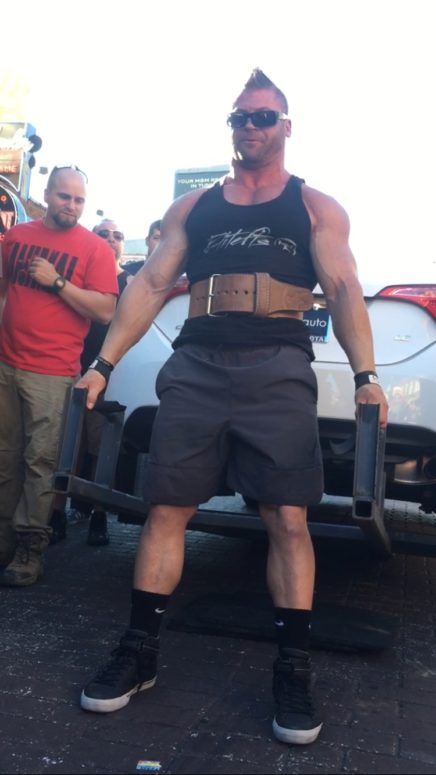 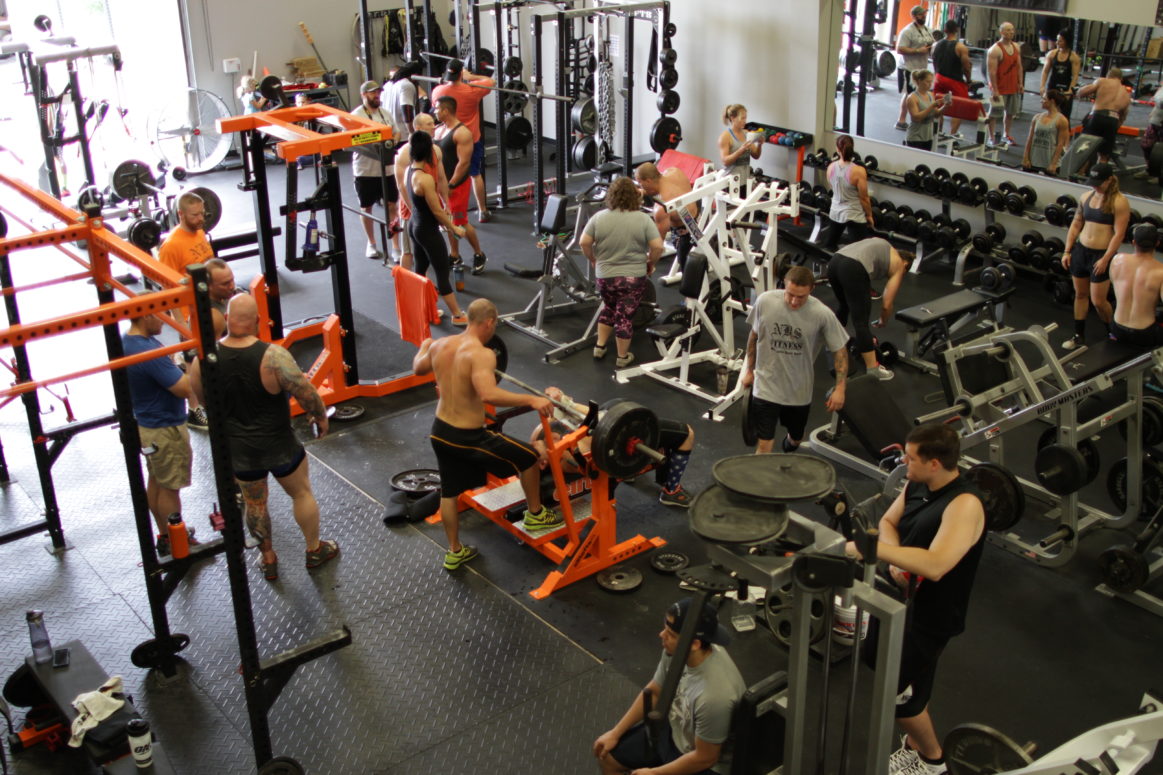 Extra Steps that take you Backwards