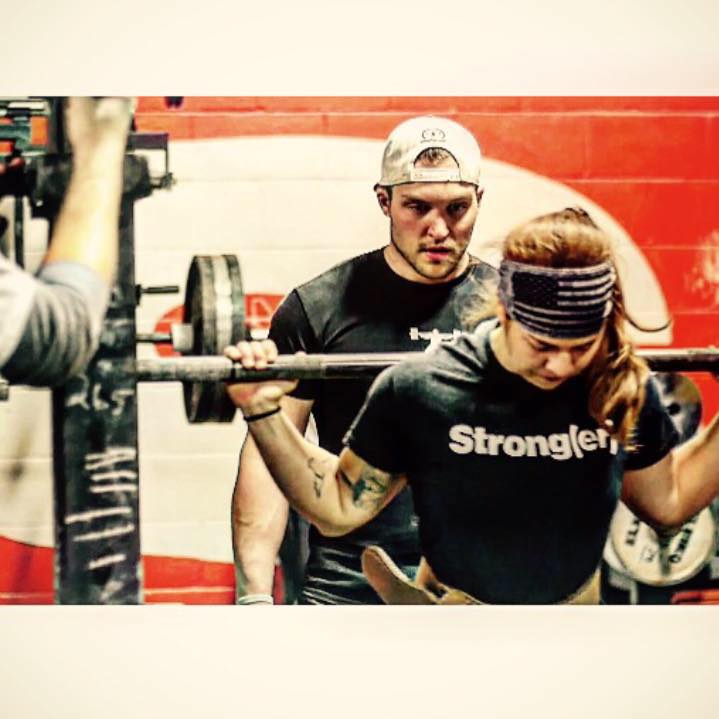 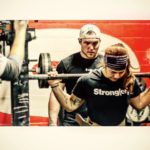 This month, NBS client and athlete Elyse Lovelace competed at the XPC Elite Powerlifting Championships at the Arnold Classic in Columbus, OH.  Though we had a few logistical hiccups, she was able to walk away with not only a class win, but also the coveted overall female lifter award.

A bit over a year ago, Elyse had come to me while she was thinking about taking a position in law enforcement.  For those that are familiar with my programming, this is exactly the type of client that is up my alley.  While we didn’t set out to really go down the powerlifting route, she had put quite a few years in training on her own and was able to squat 225, bench 115 and deadlift 300lbs.  She had a decent strength base already and we got to work on her job specific work capacity.

She progressed steadily, and then life hit.  She was no longer looking into the LEO job and decided to take the opportunity to pursue powerlifting.  Typically, I would refer her to Christian or David, but after talking it out a bit, we decided to continue on and train for her first powerlifting meet together.  During her first meet, after about three months of programming, we were able to put together an elite total of 700lbs at 132. Here we are, a hair less than a year later, and we were able to secure her pro total at the Arnold with an 855 total at 132.  Here are some things that aided in her quick development over the past nine months or so:

Communication: Elyse, albeit very brash, is really great at communication.  She never missed a check in, and she was very good about giving me daily feedback in the software I use to develop her programming.  When she was having a hard time with a portion of a lift, she was quick to alert me to the problem, video  it if she was training on her own, and implement corrective solutions.  This made progressing her program quite a bit easier and much more precise.  The programming that we started out with is a pretty far cry from the method we used for this last prep, and likely will be even further from next meets prep.

Used her resources: NBS Fitness has the best equipment in the midsouth, hands down.  However, the magic inside these four walls really lies in the amount of knowledge walking around.  We leaned heavily on Christian Anto when we both were stumped on where she was leaking efficiency in her movement.  I bounced programming ideas along David Allen quite often, who has coached far more powerlifting programming experience than I do.  Between the three of us, we were able to move forward confidently that the programming and the execution of her lifting was the best it could possibly be.

Corrective Care: Again, Elyse used the resources available to her.  She uses the services offered by team NBS chiropractor Tyrel Detweiler as well as our massage therapist, Yvonna Covington when she was feeling beat.  This ensured that the aches and pains associated with powerlifting didn’t sideline her.

Stuck to the plan: I know this sounds easy, but the temptation to jump ship and try new programs is thick in a competitive gym environment.  While it is very cool to see different training plans in action, its often a detriment to the lifter as they never really see how ideas play out.  Elyse stuck with me for over a year and counting.  We were able to really manipulate variables and see what seemed to play out for her. Her consistency was hugely beneficial, as we learned a lot about training programs together.  We know what works for her at this point: what must be there to progress and what must be there to keep her sanity.  We were also able to play with nutritional strategies.  Elyse’s lean bodymass has increased significantly over the past year, but each time we have had to jump on the scale, we have been able to be more and more precise with any water/salt/macro manipulation.  In fact, while her lean bodymass is currently at the highest its ever been, she actually weighed the least she has ever weighed during her weigh ins for the Arnold this year.  It all came together.

Whats next:  Something we haven’t really talked much about, but has certainly been a silent factor in our programming is Elyse’s snapped ACL.  Two or three years ago, Elyse was in a car wreck and her ACL was torn.  We have worked around this pretty well in terms of exercise selection, but its time to get it fixed.  Elyse will head into surgery in a few weeks and then pour into her physical therapy the same way she has poured into each prep.  When she is cleared, we will be back at it in order to prepare for the next meet.

Good job, Elyse. I am very proud of you.