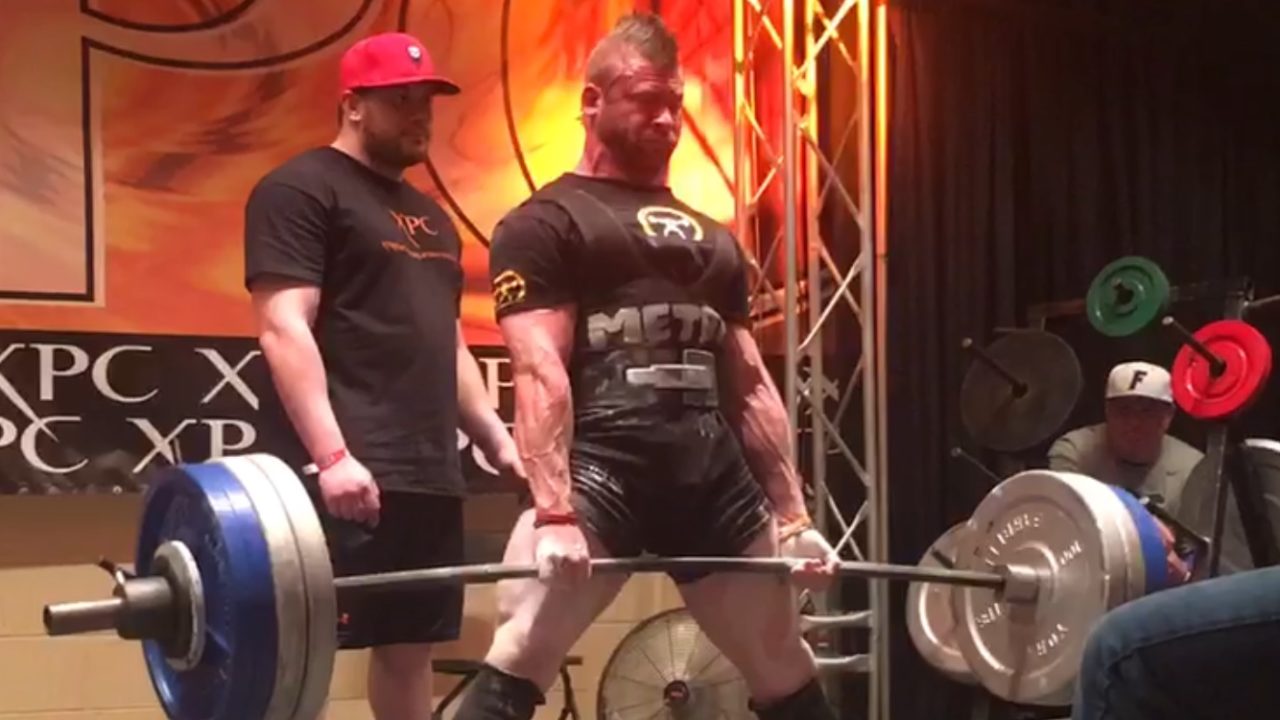 A year and a half ago, I took my NBS training partners up to EliteFTS. It was the start of our peak phase for an NBS fitness meet in November 2016. While we were hoping to get in some quality training, we ended up mainly getting torn apart by Dave Tate and some of the other athletes. There are several videos of this that made the cut on the EliteFTS site, by the way.  What you’ll see is Dave tearing everyone apart one by one through squat and deadlift. It was very humbling and educational for everyone present. After having a good amount of new cues on squat, I needed to make even more room in my brain for corrections on deadlift. This really caught me off guard since I thought my deadlift was in a good place.

Once upon a time my deadlift was decent for my weight class and I was on the verge of pulling 700 in a competition. Even then there where many areas that were stopping me from accomplishing this goal. My setup was killing me and no one saw it until Dave watched a pull that was roughly 85-90% of my max. Normally my setup had a two part hand placement: I would reach down and take my under-hand grip first and then pull myself down to the bar for my over-hand grip to reach its position. This was my setup for years and Dave thought it was causing me to rotate while pulling, which was happening quite a bit.

Quick dissection of this setup and the errors that showed, usually, is the under-grip will cause that side of your body to drop the shoulder down further because it technically has a longer way to go getting your hand “under” the bar. To allow this, your scapula will shift to allow that extra distance. Unfortunately, when I was reaching over for my overhand grip, I was not needing as much range of motion to grab onto of the bar. Because of this, my scapula was able to stay more “retracted” than my underhand grip. So, what we have is a solid setup but my shoulders are at two different heights, meaning my back is not evenly bearing this load.

To combat this issue Dave suggested a three point grip setup. It would look something like this: While going down to grab the bar, look for the middle of the bar with your overhand first. Pull some slack out which will contract the lat and lock the scapula. Following this, take your underhand grip and lock it in. So now we have our under grip locked in and over grip in the middle of the bar still with some tension on it. We then slide our over grip hand outward quickly allowing it to take position and prepare to pull.

So that’s the simple fix. Turn your two part grip setup on deadlift to a three part setup to keep a more symmetrical position of the scapula. It will be odd at first but I guarantee you it will help greatly decrease, if not eliminate, and twisting you have started to do while pulling heavy deadlifts. I have had success coaching this to several clients alleviating this issue. Give it a shot and let me know how it works!