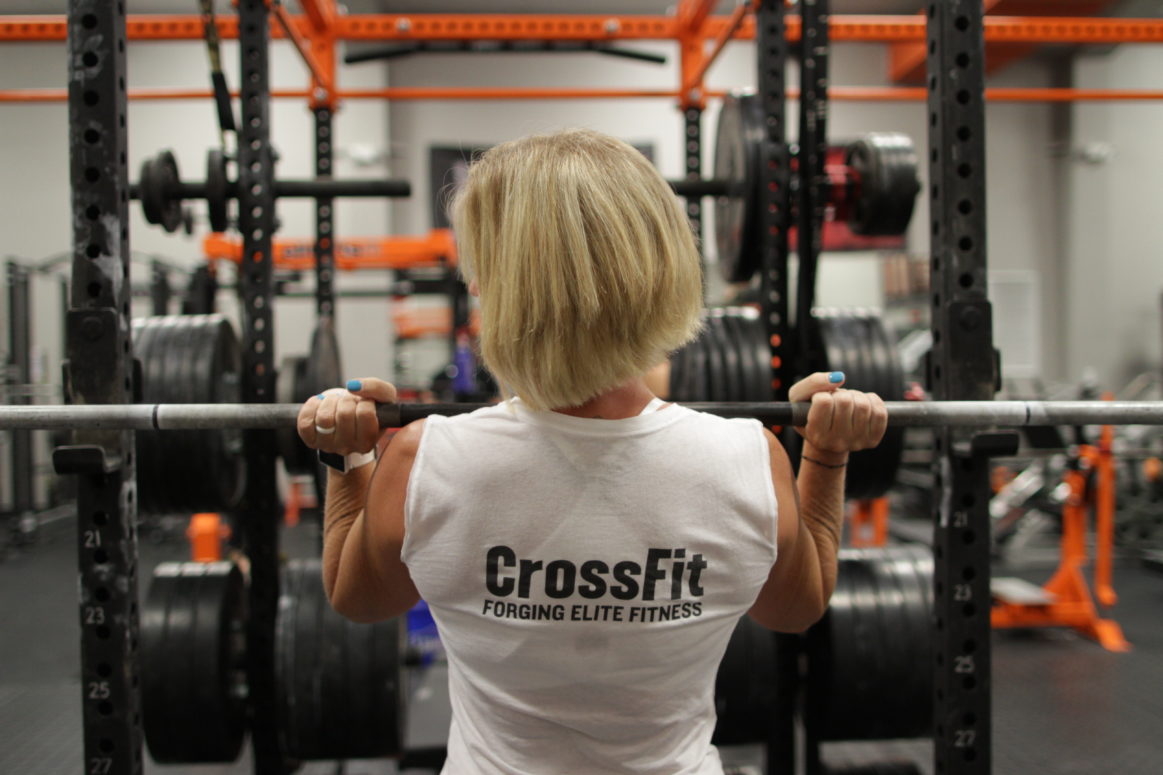 So many of you know I took my Crossfit Level 1 Certificate Course this weekend in preparation for beginning to offer Crossfit classes at NBS Fitness. I wanted to do a little write up on the weekend just to recap my own thoughts as well as give you all some information that will be helpful for your own training, your clients training, and our company as we move into this new phase as a facility. 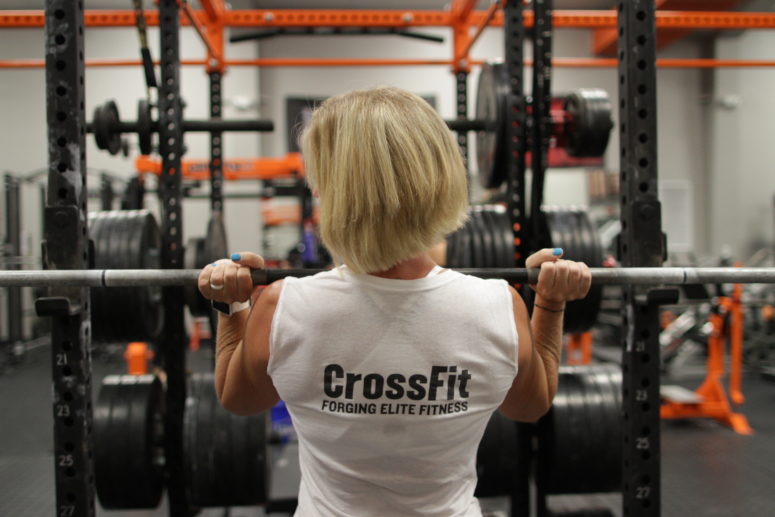 The setup for the level one course is pretty interesting. They have instructors who go around teaching the course all across the country and even the globe. The course is very standardized and you can tell it’s the results of thousands upon thousands of hours of experience and feedback from teaching the class. The instructors did a great job running the class, teaching, and coaching the participants through it. Compared to other “trainer” courses I think it’s really a solid course. They send you an extensive 200+ page trainer guide to study, they lecture, and there are plenty of break out sessions to go over everything in the book and the lectures. Is it going to turn you into an elite level coach? No, but no other courses do either. I know plenty of people with an ACSM, NASM, or CSCS that are pretty terrible coaches/trainers. And they acknowledge the need to gain practical experience and offer other tiers of educational development through their course series (level 2, level 3, and level 4). One of the criticisms of Crossfit has been that they allow people to coach and/or open a gym after only going to a weekend certificate course. Well, the fact remains that in Tennessee and many other states you can train people without any certification and open a gym without one either so while it may not be perfect, I think it’s a definite step in the right direction and I think they do a good job of addressing any potential issues. Also, they’re making a killing off of these things. At a thousand dollars a head and 20+ people a class (I’m sure some classes are well above that number) and multiple classes around the world a weekend, somebody is making some serious coin. Makes me rethink our seminar prices and even the costs of other seminars I’ve been too.

There is also a very distinct nomenclature that is used. It helps them transfer the correct ideas across a large amount of people more effectively and efficiently. There are some differences in definitions and what not from what you would have heard in your exercise science degree and certification. Some of the difference is due to their needing to define things in their terms for accuracy and I think some of it is just for the fun of it, it helps with the creation of community. For example, someone used the term “buy in” in regards to a workout and I had no idea what the heck they were talking about. It’s basically something you have to do before you can start the WOD, like warming up to a specific weight.

Couple things I love about Crossfit are they are a community passionate about making people better. They recognize the benefits of getting people off the treadmill, off the machines, and getting them moving in more functional movements that will benefit them in multiple ways, from health to physique to performance.

They aren’t afraid to make people work hard. If you’re 20 or 70, they’re gonna make you get after it. They’ll scale stuff to help you complete the task but they want you working out at a high intensity.

They’re all about community and all about some fun. There is something about training in a group that is just way better than training alone and they capitalize on that. It builds camaraderie, support, and competition. I felt it in just the two workouts we did over the weekend.

They’re not specialist and they know that. They want to train for everything. Because of this they’re all about some education. They’re constantly learning from a broad range of experts on many subjects. Funny how the crossfit community is eager to learn from the specialist community but that isn’t always reciprocated is it? I wonder how much knowledge we miss out on because we’re not willing to learn outside of our realm sometimes. Do we not think that there is something to be learned from people who successfully teach every day “normal people” how to do complex olympic lifts and ring muscle ups? Do we not think it’s worth learning from someone who has figured out how to be freaking phenomenal at a broad spectrum of athletic abilities (aka games athletes)?

Sometimes I wonder if this doesn’t blunt our ability to get the best results out of our general fitness clients. Being so specialized I think we sometimes claim to be craftsmen with only a handful of tools at our disposal. I think there is a lot to be learned from the fastest growing fitness regimen in history who specializes in generality.

Don’t discount how much work can be done and how much progress can be made using PVC pipes. I know to someone who deadlifts 700, using 95 lbs is comparatively a light weight to learn with. But a lot of the initial body positioning goes out the door when any load or velocity is used. The PVC is a great tool to teach these body positions over the volume necessary to ingrain that motor pattern. Think about how many quality reps can be gained from 5×5 at 95 on deadlift over 10 minutes of workout with a PVC.

I think we also need to learn the benefit of scaling more. As powerlifters, we want to put people under the squat bar, on the bench, and on the deadlift from the get go. I think there is a lot to be learned from the concept of not letting someone work up to a more complex movement until they have mastered a scaled down one. For example, to us, the squat doesn’t seem too crazy but to someone who has never squatted, it is asking a lot of them to properly coordinate a squat with a bar on their back. Working someone through the body weight squat, even if that process takes a long time, until technique is mastered before progressing to a bar on the back is likely a better strategy. Again, I think we’re so used to working with conditioned individuals that we lose a bit of perspective on how to work with deconditioned clients in the most effective way possible.

I love the fact that they teach an intelligent eating approach focused around health. I keep coming back to the fact that the message that is consistently taught is the improvement in quality of life and with that, improvement in a quality physique and a quality performance come as well and vice versa. The approach that was taught is the zone diet and for anyone who isn’t familiar, it involves the use different blocks of a predetermined (zones aka percentages) amount of each macronutrient fitted to that person’s lean body mass and activity level. Zones are added or subtracted as needed and macro nutrient amounts can be adjusted as needed as well. It’s good set up and fits with the 90% of all intelligent diets that eliminate the usage of processed food, specifically carbohydrates and encourages whole foods, plenty of protein, veggies, healthy fats, and carbohydrates as needed to fuel training. The 10% is where all the arguments occur and everyone has their own opinion. Personally, I think managing macronutrients separately is a bit easier than trying to manage zones for the average person but like I said, that’s the 10%. 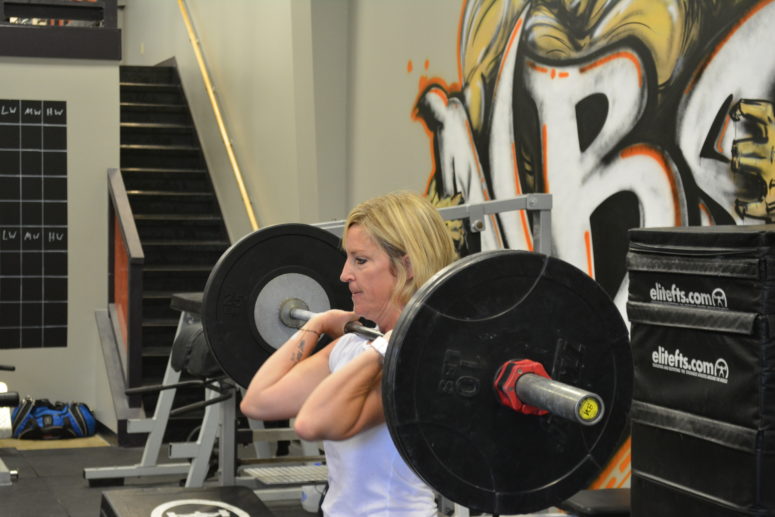 You’re never going to get bored doing Crossfit since they pretty much do everything except bodybuilding isolation movements. They categorize things by weightlifting movements, gymnastics, monostructual met cons (riding, biking, running) which is a pretty cool way to categorize stuff. So there are thousands of things to scale up and down and to PR on and make progress on.

Another criticism I’ve heard and I’ve had before was the programming aspect of Crossfit. The old “hopper” method of just pulling things out of a hat and doing them has transformed a bit into something I would call “reactive” programming. Basically they taught the method of having a scale to plot out training methods across all the different domains and times and exercises that you’ve done over a period of time and see what holes are missing in your programming and start to fill them in (understanding that a Crossfitter’s goal is to be proficient at all things). This is a much better method than before however, I don’t quite see the point in “reactive” programming when you can be proactive and just program everything out in the front end to make sure you don’t have any holes in your program. It might be that pre-programming would go against the idea of preparing for the “unknown and unknowable” or it might be just an easier way of teaching the general population how to ensure they’re meeting their needs. From the little I’ve looked into the way some Crossfit facilities program, it seems like a lot of people like to think a little more in advance. Personally, I think there could be some monster benefits to using a block setup with delayed fitness capacity in programming for a competitive crossfitter and from using a tier setup when programming for both a competitor and non competitor. It would basically ensure you never had gaps in your program if utilized correctly.

The approach to coaching that they taught and represented is fantastic. The basic idea is that when your client is training, you should be coaching every second of their training session. You should be giving verbal, visual, and tactile cues to ensure proper technique is achieved and perfected. When not giving cues, you should be encouraging and complimenting them. You should be well read, well versed, fun to be around, and be able to develop lasting relationships with your clients.  Getting to the financial aspect of it, one of the reasons people have been able to make a fortune coaching Crossfit is because they’re willing to be great at what they do. It’s their passion so they dive into it. They build relationship after relationship and get referral after referral and results after results. Very similar to what we have done at our facility just over a much much more giant scale. In their training guide, Greg Glassman writes a letter about how he grew the first crossfit gym. It wasn’t through advertising, it was through focusing on being the best possible coach and getting consistent results. If you do that, the clients will come.

Funny, I’ve been to a ton of powerlifting seminars and learned a lot and had some great experiences and I would’ve never thought I would’ve liked the Crossfit Level 1 just as much but I really had an awesome time. I’m excited for the journey ahead, to bring Crossfit on board, I’m excited have Angie bringing her crew to join us and I think we’re really gonna do some awesome stuff.