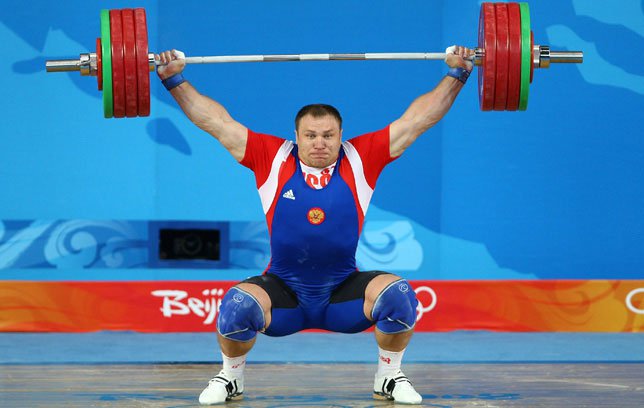 The last time I trained weightlifting (ie olympic weightlifting) seriously was probably about 6 years ago. After leaving college I was fortunate enough to be on the strength staff at LSU where the head strength coach had a good relationship with Gayle Hatch who was the coach of the 2004 Men’s US Olympic Weightlifting Team. Over that period I was watched over by some really good Olympic lifters and coaches and continued to Olympic lift until I switched over to bodybuilding about 8 years ago. Since then I’ve randomly thrown in an attempt here and there but never anything heavy or consistent.

In August of 2014 I had a pretty gnarly shoulder injury with a posterior labrum and high grade rotator cuff tear. Since then I haven’t put anything over 135 over my head. So since I recently started training CrossFit I have slowly start implementing back in some olympic lifting. Most of it has been relatively light weight but after getting my ass handed to me in a pretty gnarly conditioning workout on Monday I put in the request for something heavy to Angie (our CrossFit coach). So today we had to work up to a heavy double in the clean and jerk. I had my goal set to get over 200, which is nothing insane but considering I haven’t done them in a really really long time I figured it would be a good starting point. I knew my limiting factor was going to be my jerk since I haven’t been doing any overhead work in the last three years. I worked my way up to 205 for the double before my jerk started to get a little sloppy with some press outs. But since they were moving I decided to attempt 225 for a single. Again, nothing crazy by any means but for this broken lifter it was a nice mental and physical win for the day. Reached my goal, hit 2 plates on a lift I haven’t done in almost a decade, and no shoulder pain. I’ll take it.

I actually found some old training videos that you can check out below: