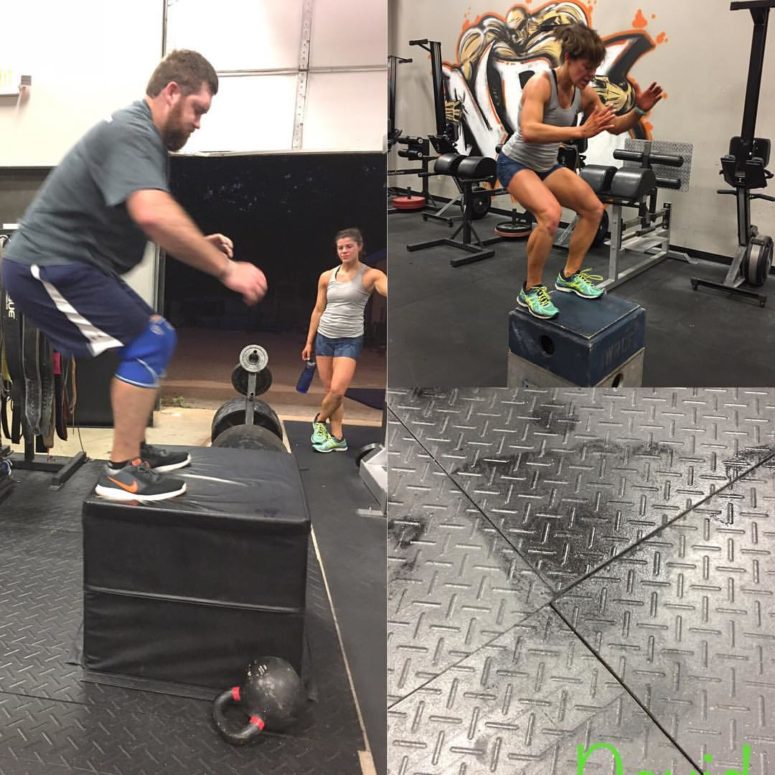 Life is funny, at least for me it has been. When CrossFit first came out I took the stance that most strength coaches took which was that CrossFit was an inferior training method consisting of random exercise done with poor technique at high intensity. In my defense, CrossFit was very rogue when they first came on the scene but since then it has change tremendously and so has my attitude towards it. They have an extensive education platform and now there are a ton of really intelligent and really good CrossFit coaches and athlete’s that are achieving some of the most incredible feats of fitness I have ever seen. So, a couple weeks ago I ate my words and did my first CrossFit WOD. Here is why:

Several months ago I started dealing with some hormonal issues and some injuries that threw a monkey wrench in my powerlifting plans. With a busted knee and a crappy shoulder I turned to one of our other trainers to come up with a program that would work around these issues while also trying to lose some weight and get in better shape. I had spent the that last year and a half trying to get as heavy as possible and I was tired of getting out of breath every time I walked a flight of stairs. Unfortunately, my motivation was non existent and I wasn’t training with a group anymore so I made every excuse to not get my workouts in. I realized quickly that I needed to change. I needed to get with a group, I needed to train early in the morning before any work, and I needed to get in better shape. CrossFit fit the bill perfectly.

So for the last several weeks I have been going to the 5am CrossFit class led by CrossFit NBS coach Angie Foree. Having trained for the last 17 years and having been a relatively high level athlete in several sports I though I would do fairly well…boy was I wrong. That first class I got my butt handed to me by folks 20 years older than me. It was definitely an eye opener and that cycle continued for several workouts. I hadn’t been honest with myself about how out of shape I really was while powerlifting, something I’m sure many people are guilty of as well. Now after 3 weeks, I’m feeling much much better. My conditioning has improved tremendously and I’m really enjoying the group dynamic and competition. And an added bonus is I get to do it along side my wife. We get to push ourselves and grow together and I love seeing her kick ass.

You can click HERE to read about why I added CrossFit NBS last year and stay tuned for more of my adventures in CrossFit.