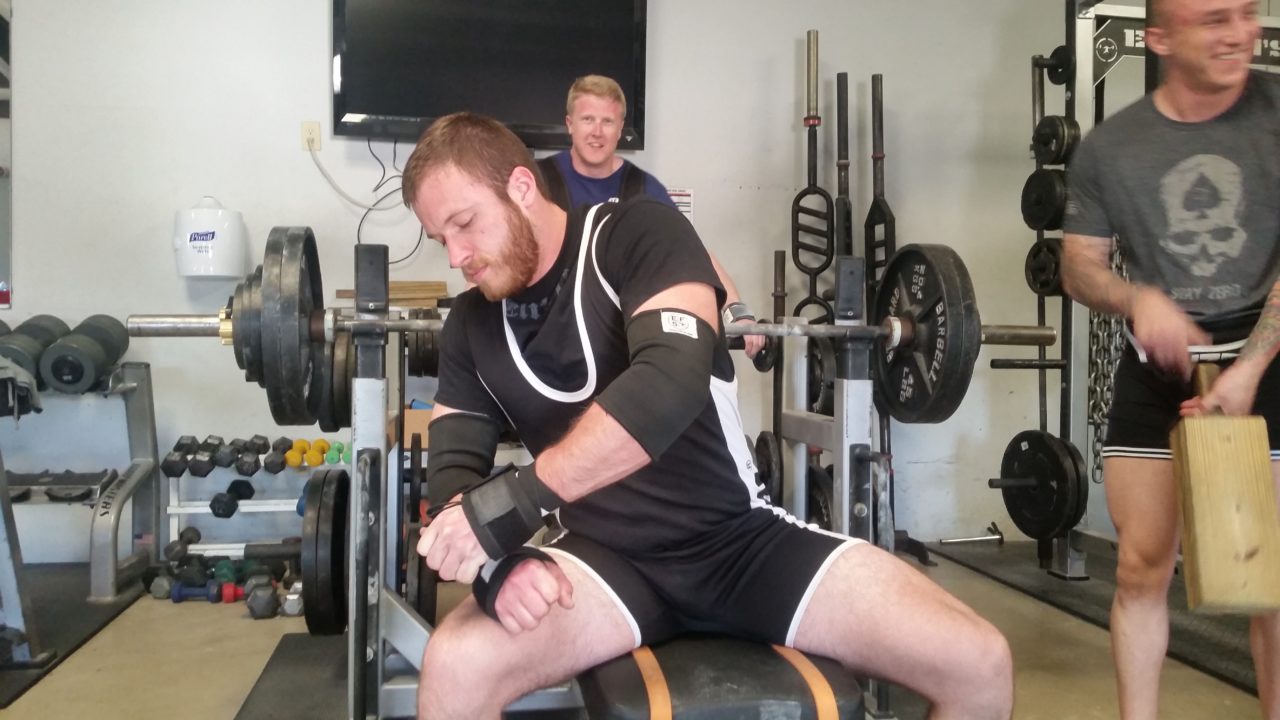 When one decides to make the plunge into the competitive world of strength sports there is a process which all lifters could care less for and that is the task of making weight. There are several approaches to weight cutting depending on the federation you are competing in. We are not going to focus on those variables today, we are more concerned with the process of our own Bobby Scott’s struggle to make weight the night before weigh-in’s.

Bobby called me about 9pm Thursday night, he disclosed to me he did not care to spend $25 to sit in a steam room. I offered him out bathtub to sweat out the weight, this was more appeasing to him than spending money to embark in a process he has never done before. We turned up our hot water heater to make sure we could keep refilling the tub with hot water (we already have scorching hot water to begin with).

Once he arrived we threw him on the scale and he weighed 187.6, I kind of laughed and silently said, “we are gonna have some fun tonight”. Long story short we had Bobby hit up around three rounds of baths and got him to around 183 before shutting it down and letting him sleep off the rest. Teammate Brett and I stayed up to make sure bobby did not die in the process and keep his mind off the suck of the hot baths (he was already food and water depleted for several hours so dehydration has set in and there is a potential to fall out).

I decided to take a video and share the moment with everyone, Bobby did end up making weight at 180.6 so our efforts on top of David’s prescribed water cut worked perfectly.